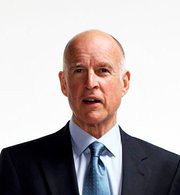 To: The Honorable Jerry Brown, Governor of California

I recently published a 1,700-word op-ed piece online at OpEdNews.com with the title "SOS to American Politicians: Save Our Schools!" As a follow up to that piece, I am writing this open letter to you to urge you to undertake establishing a national showcase multi-year program in the schools in Oakland, California, where you ate one time served as mayor.

Now, as you may know, Pope Francis in his eco-encyclical criticizes what he refers to as the technocratic paradigm that dominates global capitalism today. In effect, the pope calls for a paradigm shift, even though he does not happen to use the expression "paradigm shift" (which, as you may know, is associated with Thomas Kuhn).

In my estimate, the technocratic paradigm prevails today in other arenas of discourse as well.

Please don't misunderstand me here. I am not, in principle, opposed to quantitative measures. For example, in my op-ed piece, I mention pre-tests and post-tests on standardized IQ tests.

However, when we turn our attention to testing in elementary and secondary schools, I am a bit wary of frequent testing.

In my judgment, the quantitative measures that should be monitored are the graduation rates and the dropout rates.

The national showcase program in which I taught had the second highest per student cost on campus -- second only to the cost per student in the nursing program.

When Cosand left St. Louis, he took a high-ranking position with the U.S. Department of Education.

Cosand and two other campus administrators (William Moore, Jr., and Richard C. Richardson, Jr.) did a lot to publicize that national showcase program. As a result, a steady flow of visitors visited the program. At the time, community colleges were opening across the U.S. at the rate of one a week. At that time, the community college district in St. Louis was considered to be one of the two top multi-campus districts in the country -- the other being Miami-Dade.

Related Topic(s): Jerry Brown, Add Tags
Add to My Group(s)
Go To Commenting
The views expressed herein are the sole responsibility of the author and do not necessarily reflect those of this website or its editors.