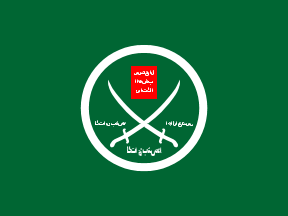 The most common refrain heard in the United States of America these days is that the security establishment was not prepared for the San Bernardino shootings, which took place shortly after the deadly Paris attacks. With this claim the mainstream society is trying to justify the widespread backlash against Muslims in the country.

The US is no third-world country like India, where the governments routinely take shelter under such excuses. Intelligence failure is blamed every time a bomb blast takes place anywhere in India, for instance, as if the sleuth is a human robot gifted with a microscope that presents the militants' plans like the good old bioscope. Put simply, the America establishment is making a sad spectacle of itself going around in circles for a face saver.

The mighty American intelligence and security apparatus is in the crying need of a face saver in the face of unadulterated exuberance on display in the Daesh camp. The US has tied itself in knots by its short-term pre-occupations ignoring two realities: one the Yuan is no threat to the greenback, two there is no visible challenger on the diplomatic and strategic theatre to the Washington hegemony.

What is the result? America's identity as a pluralist society and as a nation of religious freedom, civil liberties, and democracy is in danger today. Also appearing as a new danger is the return of the long-forgotten predator identity with Muslims as the target.

Without beating around the bush, I would like to say that America's exposure of its soft underbelly to Islamist terrorism of the Daesh variety is a self-inflicted wound.

This is the price American people have to pay as the American Congress and the American executive ignored the brewing Islamist upsurge not only in the Af-Pak region but also in the Middle East for over a decade, from 2008 to be precise.

Also ignored is the reality check that violence is only one of the tools used by extremist Islamists in the broader "war of ideas" against Western liberal democracy. And the need, as the 9/11 Commission Report said, for the U.S. to "prevail in the longer term over the ideology that gives rise to Islamist terrorism."

Many experts like Zeyno Baran who have appeared before the Senate highlighted the roots of violent Islamist extremism and spoke of various alternatives to counter the emerging threat to global peace. In fact, Baran, who is associated with the prestigious Hudson Institute since 2006, testified numerous times before Congressional committees on integration and radicalization issues in Europe in an attempt to sensitise the American law makers of the emerging threats particularly from the Muslim Brotherhood and its splinters.

As an expert born and brought up in Turkey and educated in the US, she has unimpeachable credentials to speak on Secularism and Islamism, particularly as the co-author of "A Muslim Manifesto" (co-authored with Mustafa Akyol. National Review Online, March 1, 2006).

Appearing before the Senate Committee on Homeland Security and Governmental Affairs (July 10, 2008), Baran told the American law makers that various Islamist groups, notwithstanding considerable animosity towards one other, are on the same page "on the endgame: a world dictated by political Islam".

Many of these groups may not openly call for violence or terrorism but provide an ideological springboard for future violence, she remarked, and dealt at length about the Muslim Brotherhood (MB), whose motto says "Allah is our objective, the Prophet is our leader, the Qur'an is our law, jihad is our way, dying in the way of Allah is our highest hope."

How dangerous is MB? Khalid Sheikh Mohammed, mastermind of the September 11 terrorist attacks, told US interrogators that he was first drawn to violent jihad after attending Brotherhood youth camps.

In the course of her deposition, which runs into some 14 pages in print, Zeyno Baran talked about two key MB splinter groups, Hizb ut-Tahrir and al-Muhajiroun, and highlighted "the institutionalization" of Islamism in America, which, she warned, "poses serious risks to the safety and stability of the country".

In her view, which is shared by many experts across the globe today, Islamism is a long-term social-engineering project.

"The eventual Islamization of the world is to be enacted via a bottom-up process. Initially, the individual is Islamized into a 'true' Muslim. This process requires the person to reject Western norms of pluralism, individual rights, and the secular rule of law. The process continues as the individual's family is transformed, followed by the society, and then the state. Finally, the entire world is expected to live, and be governed, according to Islamic principles. It is this ideological machinery that works to promote separation, sedition, and hatred, and is at the core of Islamist terrorism."

A blogger since July 2008 James Duglous Crickton is a London based consultant working with a consultancy firm focusing on Asia, particularly South Asia and East Asia. Political Research is his functional focus area. While his interests are (more...)
Related Topic(s): Backlash; Daesh; Ideology; Islamism; Militants; Radicalization; Threat, Add Tags
Add to My Group(s)
Go To Commenting
The views expressed herein are the sole responsibility of the author and do not necessarily reflect those of this website or its editors.