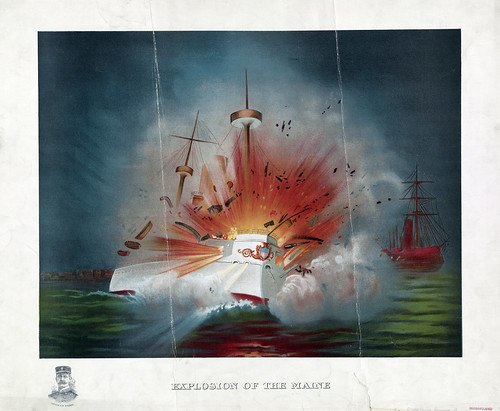 We'll not need to worry about the necessity for lies and cover-up for our next war, as both major presidential candidates have already clearly indicated their persuasion to attack the Middle-East , though not exactly whom and with rather unclear specificity as to why. And these announcements always bring deafening applause and lusty cheers from their audiences -- Democrat or Republican.

And this despite the fact that the agreed targeted area is in another hemisphere two seas away.

And we of the popularly maligned "unAmerican" persuasion stubbornly insist to question, "Why". But think about it. Does the popular persuasion that Americans "hate" war actually stand up? Or does the cheering before the fact -- before the bodies come back, fathers, sons, and now mothers and daughters -- indicate a lust for war, and the virtue of patriotism requires such a foundation?

Perhaps after the last fifteen years of domination by the patriots over us "unAmericans," we need to recognize that actual peace is too challenging a moral concept for the majority of citizens in today's "land of the free and home of the brave." Perhaps we should seek some satisfaction in the notion that surely one day, perhaps in a future generation; nirvana will somehow descend upon America to evaporate the lust for war.

Or perhaps not, but that is really difficult to digest. So we hope, and perhaps settle in our generation for some meager comfort from the words of A.E. Houseman: "I, a stranger and afraid, in a world I never made."

Rafe Pilgrim, after "a life largely wasted on hard honest work," found himself a jungle of turkey oak, scrub pine and giant palmettos up a dirt road running east of Crystal River, Florida, which neither school busses nor the U.S. Postal Service dare (more...)
Related Topic(s): America; Citizens; Democrat; Lies; Lust; Middle-east; Nirvana; Patriotism; Peace; Propaganda; (more...) Republican, Add Tags  (less...)
Add to My Group(s)
Go To Commenting
The views expressed herein are the sole responsibility of the author and do not necessarily reflect those of this website or its editors.

The Old Lie: It is Sweet and Fitting to Die For One's Country

Who Are Our Masters?

The Enemies of Our Healthcare