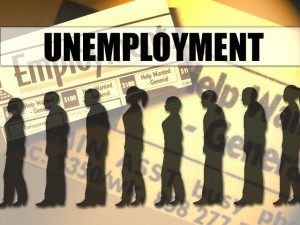 The presstitute media delivered the false news, not from Russian propaganda websites such as the Washington Post accuses this one of being, but from Obama's US Bureau of Labor Statistics. The false news is that the collapsing economy continues to boom with 178,000 new jobs in November and a further fall in the rate of unemployment to 4.6%.

What are the facts? Nothing you will ever hear from the presstitutes or the corrupt Obama regime.

The facts are that November produced only 9,000 full time jobs, an improvement over the previous month when full-time employment declined by 103,000 jobs -- another fact that you did not hear about from the presstitutes.

According to the BLS payroll jobs report, the jobs available in November were waitresses and bartenders, temporary help, and ambulatory health care services. These are not the kind of jobs that result in home ownership or an independent existence.

As there are no jobs, which is reflected in the continuing decline in the labor force participation rate, how did the rate of unemployment fall to 4.6%?

The answer is that the unemployed are simply moved into the uncounted category of discouraged workers who are so discouraged about finding a job that they have ceased looking. If you are not looking for a job, you are not considered to be part of the labor force. Therefore, your unemployment is not counted.

As John Williams (shadowstats.com) put it, the drop in the November unemployment rate was the result of kicking the unemployed out of the labor force faster than the unemployed could find a job.

Occasionally the presstitutes screw up and report news that contradicts the the fake news picture of the recovering economy that Americans have been force fed since 2009. On November 30, 2016, the Wall Street Journal reported:

"The number of subprime auto loans slipping into delinquency climbed to the highest level since 2010 in the third quarter, and is following a pattern much like the months heading into the 2007-09 recession, according to fresh data from the Federal Reserve Bank of New York."

So somehow we have all the claimed jobs, GDP growth, etc., etc., but people can't pay their car payments.

Democracies are afflicted with false news, because false news is the way the ruling oligarchy controls the explanations given to the public. The public must be kept in the dark about their exploitation by the oligarchy, or they might revolt against the handful that rule them.

The oligarchy learned this during the Great Depression when the public, aware that they were being ruined by the rich, were approaching a state of rebellion. In his history, The Crisis of the Old Order, historian Arthur Schlesinger, Jr., reports the many warnings from seasoned politicians that something must be done to relieve the hardships or revolution was on the horizon.

FDR, a rich aristocrat, saved the oligarchs with rhetoric and a few public spending programs that appeared helpful until he could get America into World War II. The war scooped up the unemployed youth and put them into the military, and put the rest of the unemployed to work producing guns, ammunition, tanks, airplanes, and naval vessels. War rescued the oligarchs.

Today the situation is worse than Roosevelt faced. In FDR's time, the factories were shuttered, but they were still there. Today America's factories are gone, moved to China and other areas of Asia. The supply chains are closed down. The skilled workforce is dying off.

Related Topic(s): Jobs; Oligarchy; Presstitutes; Unemployed, Add Tags
Add to My Group(s)
Go To Commenting
The views expressed herein are the sole responsibility of the author and do not necessarily reflect those of this website or its editors.