Today is a magical day in Japan. It is a day to celebrate a tradition that has its start in a love story. It is 7-7-07.

If you make a wish on this day, and if it does not rain, then your wish will come true. This year, it is especially lucky because it is the seventh day of the seventh month of the seventh year. 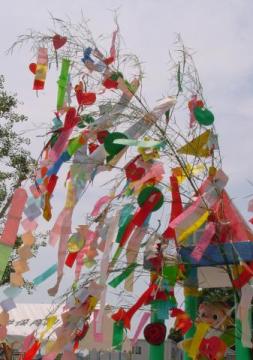 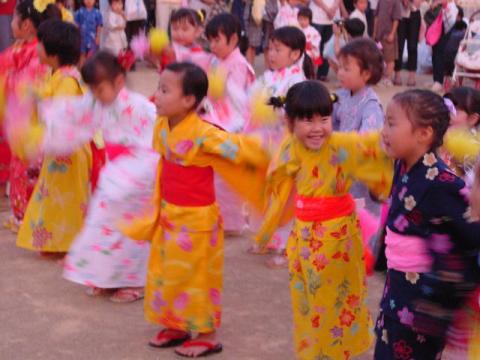 THE TWO STARS: Tanabata means "Festival of the stars." This is a story about the two stars Altair (the boy) and Vega (the girl) which are the main stars in two constellations, Aquila the eagle and Lyra the musical lyre:

(Image by Unknown Owner)   Details   DMCA
Altair and Vega are also two of the three stars of the Summer Triangle, and appear closest to each other in the summertime. (Images from here and here).

THE LOVE STORY: There was a girl named Orihime - she was the daughter of the Sky God and she wove beautiful weavings. One day, she looked out of her window and saw the oxen-boy, Hikoboshi, and they fell in love. They spent so much time together that she didn't have any time to weave, and so the Sky God separated the two, and allowed them to only meet each other on the seventh of the seventh.

Why is the Milky Way involved? "In the Chinese Calender, there is almost always a half moon on July 7th and they believe ORIHIME and [HIKOBOSHI] use that half moon as a boat to meet each other over the great river in the sky, AMANOGAWA [the Milky Way]," reports this site.

YOUR ROLE: As long as the Milky Way does not overflow, i.e. it doesn not rain, everyone's wish will come true on this day. So you can put on your bright summer cotton kimono, called the "yukata," and you can go dancing in the parks, and you can write your wishes on brightly colored paper (as described here!) and tie them to a plant (in Japan, it would be a bamboo tree). And finally, you make that wish wholly and deliberately, and then you let go....

---- This article orignally appeared on the author's blog here.

Senia Maymin, MBA, MAPP is an Executive Coach, and presents workshops to corporations about Positive Psychology.  Senia is the Founder and Editor of Positive Psychology News Daily, and posts her latest ideas about positive psychology, (more...)
Related Topic(s): Holidays, Add Tags
Add to My Group(s)
Go To Commenting
The views expressed herein are the sole responsibility of the author and do not necessarily reflect those of this website or its editors.