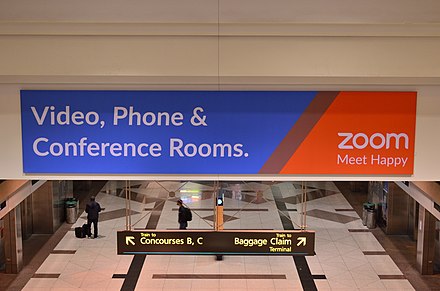 "Been working from home for weeks," said Jennie. "Going better than I expected. Except--"

Another box lit up with a yellow frame. "My team's actually getting more productive, on call 24/7 and no daily commutes," Bob interrupted. "And I only have to suit up from the waist up."

"I got through an entire meeting without messing up my mute status," Ann chimed in. "Or struggling to share my screen."

"It's been weeks since I've heard a Brady Bunch joke," Bill added. "Or Hollywood Squares. Maybe we'll keep this 'new normal' going after the pandemic."

"I wouldn't mind staying with a hybrid of work and work from home," said Stephanie, "but I do miss the office and seeing everyone again."

"You? Never," said Stephanie. "You're boss of the year. My team never had me on a pedestal."

"I never wanted to be on a pedestal," Jennie insisted. "Don't think I ever was. But, I'm finding it harder and harder to"to be a leader, a director, a director of""

"People in boxes," Bob finished. "Yeah, I get that. Everyone's playing on that tiny checkerboard. Including me."

"Never realized it, but you're right." Bill frowned. "I've always had my chair; at the head of the conference table. Doesn't need my name--nobody else sits there. I kinda felt like Leonard Bernstein, waving my baton, 'Okay, financial violins, on my cue'. Now, it's 'Sorry, you go ahead.'"

Jennie nodded. "And I don't have a bass section, so it's even harder for me not to get lost in the team music." A sigh. "The work is getting done. I should be happy. Can't tell you how many of my staff have really stepped up to the plate and run with the ball."

"Or the cliches," chuckled Ann. "But I hear you. You know, come to think of it, Zoom has really changed the workplace." She raised a hand. "I mean, from a hierarchy to a democracy. Everyone on Zoom is in the same size box and gets the same say. I suppose that's a good thing"

"An online society of equals." Bill laughed. "Whaddaya know. We didn't need Bernie Sanders. Zoom has turned us all into socialists!"

"Yeah, the suit, the table, the big office. I didn't get how much the costume and the set mattered in my leadership skills mix," Jennie admitted. A frown. "I can't say it isn't better with everyone more relaxed and collegial. We're doing more than I ever thought we would. And faster, too. Funny if this horrid pandemic ends up rebuilding capitalism in a socialist model. A new vision for a new workplace."

Related Topic(s): Democracy; Meeting; Pandemic; Software; Video; Work; Workplace, Add Tags
Add to My Group(s)
Go To Commenting
The views expressed herein are the sole responsibility of the author and do not necessarily reflect those of this website or its editors.