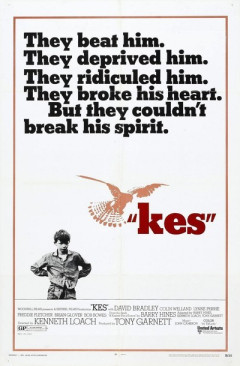 Israeli politics shine no light on the darkness of oppression.

Take the career of Ken Loach, a film director who exposes injustice on and off screen. He has long been a constant warrior against Zionist oppression

On April 1, Tom Suarez wrote a detailed analysis for Mondoweiss that traces Loach's career. He begins:

"Two years ago, during a talk I gave about Palestine at the Bath Royal Literary and Scientific Institution, British filmmaker Ken Loach raised a most essential question. Paraphrasing, he asked, 'Where do we go from here?' The gist of my reply: We must first expose Israel's front-line weapon against justice for Palestine, its cynical misuse of the smear of antisemitism. So long as we respond to this abuse on its own terms, the weapon is foolproof. It hijacks the discourse away from Israel's crimes regardless of the efficacy of the smears. Israel's crimes, and even the 'P' word Palestine or the Palestinians remain off-limits.

"We must instead stop allowing Israel to control the terms of our response. Instead, we must turn the tables and accuse the accusers of antisemitism for exploiting Jewish identity in the service of injustice.

"But Ken Loach's own recent brush with the weapon demonstrates the barriers to speaking that simple truth."...

Loach made Kes, in the late 1960s, which was given a limited U.S. release in 1973. The poster above highlights Loach's focus on the oppressed early in his career. The Israel Lobby knew of Loach's political passion, which could account for its limited exposure. Roger Ebert loved Kes and wrote a review which listed the honors it received in England.

In his review, Ebert continues:

"But it was never released commercially in America. For that matter, it never got very good bookings in England, either the distributors were afraid that audiences wouldn't understand the movie's Yorkshire accents. This is the typical sort of blind muddling that seems to go on, whenever a good film comes along that's slightly out of the ordinary; nobody was afraid of Michael Caine's accent in Alfie, maybe because Alfie had enough sex scenes to carry the day.

"None of this would be important if Kes were not one of the best, the warmest, the most moving films of recent years. After a couple of years in limbo, it was finally picked up for 16-mm distribution in 1972... it's perhaps inevitable that it took Loyola's Biological Honor Society to arrange the booking. Were they interested in the movie, or the kestrel?"

In his review Roger missed the Lobby connection or perhaps the Lobby was below his radar screen? The poster above from Director Ken Loach cries out for the connection to be made.

Here is a longer segment from his review:

"It isn't often that Academy Award winners completely fail to open in Chicago, but that's what happened with 'Kes.' In the event that the movie's name doesn't exactly sound familiar, I should add that 'Kes' won the 1970 British Academy Award, as England's best film of the year. It picked up a lot of other honors, too, including the grand prize at Edinburgh and lots of praise at the 1970 New York Film Festival. But it was never released commercially in America.

Related Topic(s): 1960s; Antisemitism; Movies; Zionists, Add Tags
Add to My Group(s)
Go To Commenting
The views expressed herein are the sole responsibility of the author and do not necessarily reflect those of this website or its editors.