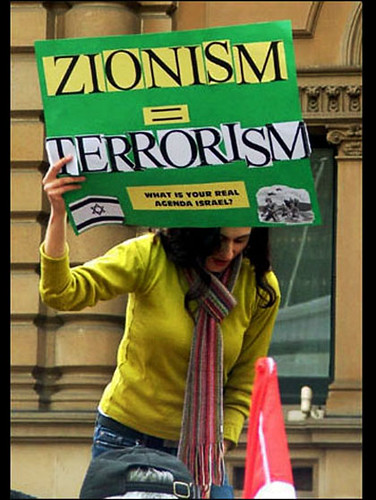 The horrific violence that Israel just inflicted under the rationale of fighting off Hamas' justified war for Palestinian liberation, wherein 9 children and 26 Palestinians in all have been killed by airstrikes, exposes the moral hollowness of the Zionist state and all who are standing by it amid these war crimes. Israel is resorting to these tactics because this is what a colonial state does when faced with threats to its existence: lash out in indiscriminate brutality against those it aims to subjugate. And the figures who are attempting to whitewash this reality are enabling the long-term goal of the Zionist state and its imperialist backers: the subjugation and genocide not just of the Palestinians, but of the broader Arab world and the Persians.

"I'm standing with the people of Israel who are coming under bombardment attacks, and condemn the Hamas terrorists," the businessman and political commentator Andrew Yang has tweeted in response to the conflict. "The people of NYC will always stand with our brothers and sisters in Israel who face down terrorism and persevere." Right-wing provocateur Joe Walsh has tweeted that "I stand with Israel because Israel has always wanted peace. The Israeli people want peace. I think most of the Palestinian people want peace. The problem is Palestinian leadership. The problem is Hamas. Hamas doesn't want peace and doesn't believe Israel has a right to exist."

These types of statements which Zionists always make to counter condemnations of Israel's crimes promote the narrative that Israel is a humanitarian project simply there to provide a haven for the Jews, and that's responding proportionately to provocations from malign forces. But really the function of Zionism is to further white supremacy, oppressing the dark-skinned Jews within Israel in addition to the Palestinians who Israel starves, deprives of water and medical care, and places under the most violent system of restricted movements and political repression imaginable.

And the imperialists and their puppets in the Zionist state won't stop until far more blood is shed, at which point the Zionist state's apologists will defend these fiture atrocities like how they're defending Zionism's current atrocities. What the designers of the Zionist colonization project ultimately want is a new order in southwest Asia where the imperialists have subdued all of the region's anti-imperialist powers, and where Israel has itself been elevated to the status of an imperialist power that rules over these conquered nations in partnership with Washington. This plan, called Greater Israel, has been desired since the inception of Palestine's colonization by Europeans, as described by the commentator Stephen Lendman:

A near-century ago, the World Zionist Organization's plan for a Jewish state included: historic Palestine; South Lebanon up to Sidon and the Litani River; Syria's Golan Heights, Hauran Plain and Deraa; and control of the Hijaz Railway from Deraa to Amman, Jordan as well as the Gulf of Aqaba. Some Zionists wanted more"--"-land from the Nile in the West to the Euphrates in the East, comprising Palestine, Lebanon, Western Syria and Southern Turkey

These ambitions for conquest are still held by the Zionist leadership. Israel's foreign policy from recent decades, wherein Israel has partnered with Washington to destabilize Iran, Iraq, Syria, Lebanon, and Yemen, is perfectly reflective of the goals of the Yinon plan"--"-which calls for Israel to Balkanize all of its rivals in the region so that it can rule over these countries either through neo-colonialism or through direct settler-colonialism. In the parts of Yemen that the Saudi/U.S. genocidal war has managed to sufficiently destabilize, Israel has recently been fulfilling the settler-colonial aspect of this plan, establishing what it hopes to be a permanent military footprint within Yemen and setting aside Yemeni land for Israeli settlers.

As Washington's operations to destabilize these nations continue, with Biden refusing to lift Trump's genocidal sanctions on Iran and Lebanon while worsening the wars in Yemen and Syria, one of the many parallels between Israel and Nazi Germany becomes clear: their shared quest for land grabs. Hitler believed that Germany must seize vast swaths of territory to achieve "Lebensraum," the amount of land that the Aryan nation would need to sufficiently develop. And the Zionists believe that Israel must gain vast additional swaths of settleristic living spaces and territories for economic exploitation in order to properly develop the nation of "God's chosen ones."

This drive towards grabbing up the rest of the territory within southwest Asia, similarly to how the U.S. settlers grabbed up the rest of the indigenous continent's land after the formation of the first states, is motivated by a desire to preserve the fascistic state structure that Zionism has already established. Because indeed, without a far larger amount of land Israel is going to be doomed by 2050, with its only alternatives to dissolution being either to turn into a limited fortress state or to become such a weak state that it can no longer effectively subjugate Palestine. The Zionists have carved out their territory within such a hostile neighborhood that Israel can only be sustained through constant war, a self-preservation model that will become unsustainable as the declining U.S. empire is forced to draw out of the region in the coming decades. To prevent this looming state of vulnerability, Israel must make its rivals into divided and conquered nations.

This quest for a Zionist Lebensraum won't succeed. Iran has proven too strong for Washington to carry out regime change within. Assad has won the war that Washington's jihadist proxy regime change forces started in 2011. Yemen's anti-imperialist Houthi rebels have been beating back the Saudi coalition. Israel's nemesis Hezbollah retains dominance over Lebanese politics, partly due to its commitment to protecting the Lebanese masses from the humanitarian fallout from the country's economic crisis. Anti-imperialism continues to strengthen within the region that the imperialists have dubbed the "Middle East." At a certain point, Washington's interventionist might within the region will grow too weak, and Israel's iron-fisted tyranny will give way to a democratic Palestine that's free to develop towards socialism.

Until this decolonization of Palestine occurs, and until anti-colonial proletarian revolution spreads throughout enough of the rest of the globe for the bourgeoisie to finally lose control over the last remaining capitalist states, Zionism's model of extreme subjugation and destructive warfare will persist around the world. This is a model that utilizes technological innovations to try to subdue nations, whether through the imposition of extreme repressive systems upon peoples like the Palestinians or through warfare like Israel's assassination last year of an Iranian scientist with a remote controlled weapon.

Israel's training of U.S. police for the purpose of enacting greater violence against marginalized groups, exporting of military technologies to right-wing Latin American governments like Bolsonaro's Brazil to advance the criminalization of dissenters, and selling of high-tech surveillance tools to numerous repressive regimes (including the U.S.) have made Zionism into a laboratory for modern innovations in necro-politics. A laboratory that the capitalists and colonists in countries around the world apply to their local class warfare tactics.

While the imperialists use these tools to inflict destruction upon their targeted nations, with Lebanon's economic collapse being exacerbated by tightening U.S. sanctions, the Zionists are pointing to the suffering of these nations and advertising imperial control as the solution to the crises the U.S. empire has created. Right on cue with Washington's most recent expansion of sanctions against Lebanon, Zionist propagandists have rushed to blame the suffering on Hezbollah and its backer Iran, with the virulently pro-Israel publication the Jewish News Syndicate having put out a headline yesterday proclaiming: "Hezbollah and its masters in Tehran bring darkness to Lebanon."

The Zionists claim that if they and their imperial partners manage to subdue all of the nations which defy the U.S./NATO/Israeli alliance, peace and prosperity will appear throughout the entire globe. This is the narrative put forth by the neoconservative Sam Harris, who portrays the Israel-Palestine conflict as a clash between civilization and barbarism where the civilized side has a duty to ultimately assimilate every corner of humanity:

What would the Israelis do if they could do what they want? They would live in peace with their neighbors, if they had neighbors who would live in peace with them. They would simply continue to build out their high tech sector and thrive. What do groups like ISIS and al-Qaeda and even Hamas want? They want to impose their religious views on the rest of humanity. They want to stifle every freedom that decent, educated, secular people care about. This is not a trivial difference. And yet judging from the level of condemnation that Israel now receives, you would think the difference ran the other way. This kind of confusion puts all of us in danger. This is the great story of our time. For the rest of our lives, and the lives of our children, we are going to be confronted by people who don't want to live peacefully in a secular, pluralistic world, because they are desperate to get to Paradise, and they are willing to destroy the very possibility of human happiness along the way. The truth is, we are all living in Israel. It's just that some of us haven't realized it yet.

Related Topic(s): Atrocities; Government; Ideology; Military; Violence, Add Tags
Add to My Group(s)
Go To Commenting
The views expressed herein are the sole responsibility of the author and do not necessarily reflect those of this website or its editors.