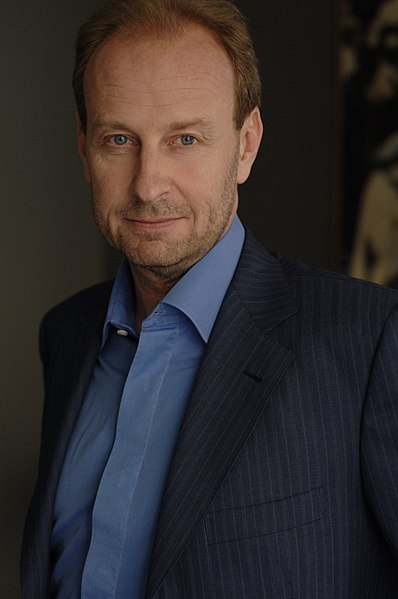 The European Union ruffled more than a few feathers in Washington last week when it released its updated list of countries with shortcomings in their anti-money laundering policies, which listed a number of American territories, such as the US Virgin Islands and Puerto Rico. The Treasury Department issued a strongly-phrased statement condemning the inclusion and instructing American banks to ignore the EU's move. But with the EU's own chequered history with tax evasion and legislative loopholes, is Brussels right to pick up a fight? One needs to look no further than the freeports promoted by infamous art dealer Yves Bouvier.

Operating out of Luxembourg - the "Death Star of financial secrecy in Europe"- Yves Bouvier has created a tax avoidance empire thanks to the duchy's culture of secrecy. Bouvier's connections to influential friends from the entourage of former Prime Minister and now European Commission President, Jean-Claude Juncker couldn't have hurt either. If the 2014's LuxLeaks scandal unveiled the secret tax deals which Luxembourg, under Juncker, had concluded with multinational corporations, the tiny country's vast Freeport that allows goods to be stockpiled without paying taxes have sunk the European Commission's moral high ground.

Ostensibly an art storage warehouse where valuable commodities can enjoy safe sanctuary and freedom from taxes while in transit, the Luxembourg Freeport Bouvier created has become a bolthole where the uber-rich can stash their goods-billions of dollars' worth of everything from fine art to rare wine- tax-free on an indefinite basis. Even more worryingly, freeports haven't attracted just the super-wealthy: serious concerns have been raised over whether or not criminal organisations and terrorist groups such as ISIS are exploiting their lack of regulation.

Le Freeport, as the complex is called, raised concerns at the time Yves Bouvier built it, but has come under renewed scrutiny after German MEP Wolf Klinz warned Juncker last month that operating a facility like the "legal netherworld" of Le Freeport within the EU is not worth the risks.

In Klinz's letter to Juncker, he pointed out that despite the fact that Luxembourg fast-tracked anti-money laundering legislation in 2015, there still remains too much opacity surrounding what is and isn't stored in the impregnable walls of Bouvier's Luxembourg freeport. What's more, a report from Tax3, the European Parliament's tax watchdog (of which Klinz is a member) found that Luxembourg's financial intelligence unit has a staff of only 16 personnel. Since in 2017 alone, 20,000 reports of suspicious activity were relayed to the unit, this means the squad is grossly ill-equipped to deal with the scale of the problem.

Klinz's letter also highlighted the matter of Le Freeport's dubious origins: the facility's founder, art shipper-cum-dealer Yves Bouvier, has been dogged by controversy and criminal allegations in recent years. Bouvier is being pursued in jurisdictions from Singapore to Monaco by a former client who alleges that the Swiss dealer coordinated with the auction house Sotheby's to sell him paintings at a gross mark-up, fraudulently cheating him out of more than a billion dollars.

Apart from this dramatic string of cases, which has been dubbed "the largest art fraud in history", Yves Bouvier has waded through a mass of legal troubles since he expanded his freeport empire to Luxembourg. In 2015, he was investigated for his supposed involvement in the "concealed theft" of two Picasso paintings; in 2017 Swiss authorities began looking into the more than CHF 165 million they believed Bouvier might owe in back taxes.

Nor is Bouvier the only controversial figure associated with the Luxembourg freeport. Klinz's letter further highlighted the "dubious and highly problematic reputational profiles of Le Freeport's private shareholders, namely Mr Yves Bouvier, Mr Jean-Marc Peretti and Mr Oliver Thomas": Thomas, a Paris art dealer, was previously investigated for allegedly stealing paintings Picasso's stepdaughter had entrusted him with storing, while Peretti has been linked to the Corsican organised crime. The fact that the storage fortress was launched with the active participation of Juncker's former coalition partners Jeannot Krecke' and Robert Goebbels has raised further eyebrows.

Le Freeport's management hasn't been very forthcoming about all of this. CEO Philippe Dauvergne declined the invitation of MEPs from the Tax3 Committee's to appear at an October 15, 2018 hearing on the opacity risks presented by freeports. Instead, the Tax3 committee heard from Fabien Grasser, editor-in-chief of the Luxembourgish paper Le Quotidien, who reported that after looking into Le Freeport, he had received a number of insults and threatening phone calls and letters from lawyers representing Le Freeport's management and shareholders.

On the other hand, Le Freeport's management has been willing to respond to more soft-ball enquiries. Dauvergne's extensive comments in a recent article by Luxembourgish paper Delano often blur the line between opacity and security: regarding MEPs' concerns over the freeport's lack of transparency, Dauvergne shot back: "Do you want your neighbour to be able to see inside your kitchen cupboards?"

As for Bouvier, Peretti and Thomas's "highly problematic reputational profiles", as Klinz put it, Dauvergne simply responded that "[Bouvier, Thomas and Peretti] have no input in day-to-day business. I'm in charge of that." Given Yves Bouvier's history of micromanaging his freeports-the Swiss dealer once remarked about his Singapore freeport, "I chose everything. The door handles. I'm obsessive about that"-this seems dubious.

A number of the Delano article's retorts to MEPs' preoccupations don't exactly hold water. Aaron Grunwald, the author of the piece, noted that the Luxembourg freeport faces competition from similar facilities, including those in Geneva and Singapore. Grunwald, however, failed to mention that the Singapore freeport, like its Luxembourg cousin, was founded by Yves Bouvier-who was until recently the largest tenant in the Geneva freeport, and who became nicknamed "the freeport king" for his stranglehold on the industry.

Dauvergne, formerly a senior French customs officer, admitted that there "is a risk of money laundering in the art market"-ironic given that Le Freeport's founder, Yves Bouvier, has been investigated himself for complicity in money laundering-but insisted that "we apply AML law". That particular law, however, was described by Wolf Klinz as "full of loopholes". The organisation of Le Freeport, then, is deeply problematic: shareholders with a history of fraud and money laundering allegations, partnered with former politicians and officials who oversaw the application of anti-money laundering laws which are apparently full of loopholes.

A freelance writer and doctoral student in Finance, based in London