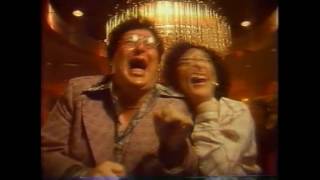 You are a Trump supporter? Really? At this late date? After all the evidence against him has been accumulated and displayed for all to see and evaluate? Wha...?

Umm, let's just go over some of it, okay? You know, so you can have your second or third (ninety-seventh?) chance to evaluate what is known, what is obvious, about the horrid record for this administration. Never mind his COVID-19 response, which will be more than enough to get him thrown out of office, all by itself. There is a whole lot more to consider.

People who are able to see Trump for what he is, know that he has proven to be unqualified and incompetent, has corrupted, of all things, even the federal justice department, has had six bankruptcies and has bankrupted CASINOS. He has at least 24 harassment allegations, and in one on-going rape case against him, he is refusing to give a DNA sample that would exonerate him "if he were innocent. Trump was impeached on two articles of impeachment and will eventually be convicted of multiple crimes committed while in office and before. For example, it was illegal to contact a foreign country, Ukraine, for help winning an election. That was attempted bribery, by the way. He also illegally contacted China for the same reasons. He has spent the most time playing golf of any president despite criticizing his predecessor for far less of the same thing (He has spent almost one third of his presidency golfing at his own propertie$). He has had multiple cabinet and other "all the best people" appointees convicted of felonies. He says windmills cause cancer, says climate change is a Chinese hoax, botched the COVID-19 response calling it a hoax by democrats, will see over 300,000 dead Americans before Christmas, has always had an approval rating under 45 percent and has slipped to the low thirties by now. He will not even apologize for his baseless condemnation of the exonerated Central Park Five. He labeled COVID-19 the kung flu as a petty insult to the Chinese.

Trump has told American citizens who are People of Color to go "back where they came from," referring to some of those places as "shithole countries." He used George Floyd's death to brag about fictionalized American job numbers, and talked more about himself "not" looking lame on a ramp than about the fate of the murdered Black man. He proposed using unconstitutional military violence against peaceful protesters and then did so for a self-promotional photo op. Consider the many revelations in books by John Bolton, Michael Cohen, Mary Trump, Bob Woodward, and Omarosa Manigault Newman, to name a few. They reveal a remarkably consistent picture of a man entangled in mental turmoil and devious intent.

Trump has weak minded Twitter rants, and is so insecure that he retweets himself. He has had tweets flagged for misinformation, has had social media content there and elsewhere flagged for hate speech, and signed a punitive executive order targeting Twitter over some of this. Several weeks ago he told a reporter who quoted to him American COVID death statistics "Oh, no, no, you can't do that." He has pulled out of zero wars after claiming he would end them, has abandoned our Kurdish allies to be killed, and has both internal U.S. pride and our image abroad at all-time lows. CNN's Fareed Zakaria has commented that Europeans now have a feeling for America that they have never had before: pity. It appears he fails to even recognize the existence of poverty or the wealth gap in this country. During an official COVID-19 press conference, and again since then, he has talked up unproven and even dangerous "treatments" for the disease. He is pushing those working on vaccines to hurry the process, despite the fact that a hurried vaccine will not be trusted enough to do any good because people won't take it. He has made claims for miracle cures, miraculous vanishings of the viral disease, and that cases would disappear if we just stopped testing. All of this is not simply irresponsible. It is dangerously wrong. He ignorantly claimed there is a non-existent AIDS vaccine. Almost but not quite laughably, he modified an official weather map predicting a hurricane's path, a foolish prediction that no one knowledgeable would make. In August, Trump displayed his simplistic desperation trailing in the polls, by claiming his opponent in the November election would "hurt the Bible, hurt God. "He's against God." If devout Roman Catholic challenger Joe Biden had the power to "hurt God," it might be advisable to go a little easier on him.

Trump follows the established "play book" of dictators and fascists the world over, coming out against the press, for example. He dismisses the mainstream media as fake news while literally getting much of his information from a known fake news source. He admires leaders like Putin, Erdogan, Kim, Al-Assad, and Maduro because they are ruthless authoritarians whom the people cannot challenge. Trump would carve out just such a role for himself as president if he could. For his inaugural parade, he wanted one "like North Korea's." There likely has never been a more wannabe dictator than Donald Trump.

Trump's disgusting lack of moral fiber is fully on display with episodes like the "grab 'em by the p***y" audio tape ADMITTING sexual assault. He was actually stupid enough to say that women accusing him of assault were not attractive enough FOR HIM TO ASSAULT. He bragged about a willingness to date his own daughter, separately referring to her as "a piece of ass." Perhaps the most egregious of all these moral blunders was his infamous mocking of a physically disabled reporter. He has also deliberately insulted Gold Star families and prisoners of war, and denigrated the U.S. military after dodging the draft. He is quoted as maligning John Kelly's dead son at his grave site in the presence of Kelly senior, intimating that Vietnam War dead were somehow not smart enough to avoid going to war, and were therefore "suckers" and "losers." He insensitively and ignorantly implied they were foolish to sacrifice everything for their country, saying, "What was in it for them?"

Instead of privately discussing possibilities with advisers, he publicly makes impulsive ignorant speculations about what he thinks might be appropriate. Thus, live and on camera, we see him recommending the injection of bleach to counter internal disease. He makes things up on the fly, instead of thinking them through. Completely ignorant of the Constitution or any Supreme Court rulings about the American flag, he proposed striking down birthright citizenship and making the burning of the flag a crime. He actually proposed deliberately nuking an approaching hurricane, not realizing what that would spread over much of the country. The Washington Post has documented his lies over the course of his administration, and their count is now over 20,000 false or misleading statements. Over these four years, that amounts to 5,000 lies per year or almost a hundred per week. To him, lying is a way of life. He lied impersonating his publicist, lied about Trump Tower Moscow, lied to get out of military service, lied to get into college, lied on bank loan applications, lied in doing his taxes, lied to Congress, and according to one of the recent books, he lied to the American people about what he knew about the coronavirus dangers last February, when something more proactive could have been done had we been told the truth about how dangerous it is ...a truth that he now admits he knew back then but concealed from us all at the time. "I always wanted to play it down. I didn't want to create a panic."