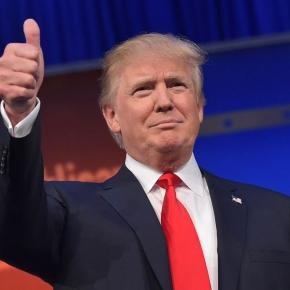 Donald Trump
(Image by us.blastingnews.com)   Details   DMCA
"Putin's a killer." This was the claim made by Fox News "journalist" Bill O'Reilly during his recent interview with Donald Trump. Trump's reply came in the form of a simple question. "What, you think our country's so innocent?"

It was a reply that succeeded in puncturing the bubble of exceptionalism in which Mr. O'Reilly and those like him have long chosen to cocoon themselves from reality. It was indeed an extraordinary exchange, one that has gone viral on social media since. For liberals in the US and beyond, the interview is being touted as yet more evidence of the fact that Donald Trump is completely unsuited to the rigors of the office of President. Meanwhile, for dyed-in-the-wool neocons it suggests a leader of the so-called free world who is yet to realize the difference between "us," the good guys, and "them," the bad guys.

"Putin's a killer." Just ponder this statement for a moment, consider the ignorance, arrogance, and delusion it describes. Consider too the millions of humans slaughtered by successive US presidents over the years, going back, say, to the Korean War and working your way forward. That they were killed in the name of democracy and human rights, at least according to Bill O'Reilly and the rest of the gang over at Fox News, is a boast as preposterous as it is grotesque.

Trump on US government last night: O'Reilly: "Putin's a killer" Trump: "There are a lot of killers. You think our country is so innocent?"

Firstly, justifying the wholesale slaughter of men, women, and children in the name of democracy renders the word completely meaningless. And secondly, what Mr. O'Reilly describes as democracy others would describe as imperialism.

But then, you see, this is the problem when you sit at the apex of the most destructive empire the world has ever known. It distorts your sense of reality to the point where you become intoxicated with the associated myths used to justify this empire and the vast destruction it has wreaked and continues to wreak across the world.

We see this distortion in the way that Barack Obama has been allowed to walk off into the sunset with the highest approval ratings of any US president in living memory, lamented as one of the most progressive leaders ever to occupy the Oval Office. It is a rendering of the legacy country's first black president that fails to pass even the most tepid scrutiny.

Obama's administration was, to be frank, a veritable killing machine, one comprising almost daily drone strikes, kill lists, and the wholesale destruction of entire countries, as in the case of Libya. In his final year in office the US dropped 27,000 bombs, up from the number dropped in 2015. Yet we are meant to regard the 44th president and recipient of the Nobel Peace Prize as the modern incarnation of Dr. Martin Luther King, a president who worked tirelessly for peace and justice.

John Wight is the author of a politically incorrect and irreverent Hollywood memoir -- Dreams That Die -- published by Zero Books. He's also written five novels, which are (more...)
Related Topic(s): Bombing; Media; Trump Presidency; Truth Teller, Add Tags
Add to My Group(s)
Go To Commenting
The views expressed herein are the sole responsibility of the author and do not necessarily reflect those of this website or its editors.