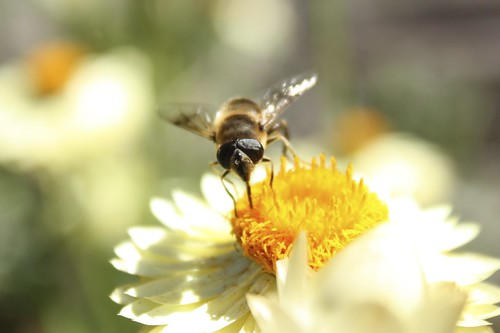 I identify as a democratic socialist more closely than with any other political persuasion. However, I find the scope of this and all other 'social justice' movements to be severely inadequate and myopic in their goals, when so-called 'progressives' refuse to recognize and champion the rights of nonhuman beings along with their own.

This is a LETHAL mistake for Homo sapiens which continue to falsely believe in their own human exceptionalism over all other species.

This attitude--one of collective suicide in its consequences--is the #1 driving force behind global species extinction. Far exceeding the current effects of climate change. Yet, every mainstream, 'progressive' movement taking place today [sans the animal rights movement itself] completely ignores and remains indifferent to the rights of nonhumans; which--aside from nuclear crisis--is one of THE most urgent, life-threatening issues man is faced with to date.

In less than 50 years we have annihilated nearly 2/3 of animal populations around the globe, as a result of hunting, poaching, animal consumption, habitat destruction and climate change. Millions more are succumbing to ever increasing massive die-offs due to human caused pollution and the garbage bin of plastics clogging our planet from irresponsible, plunder-based manufacturing/packaging and hyper-consumerism.

Understanding the role of humankind in Earth's ecosystem is paramount to realizing that one cannot build a house without a foundation. Nonhumans ARE that foundation. Whatever our issues regarding equality and the myriad injustices faced daily in human society, we continue to blind ourselves to our first priority which is basic to sustaining life--guaranteeing the ongoing existence/nurturing of all nonhuman life forms.

We must reject illogical speciesism and realize that human beings contribute nothing to our planet's ecosystem. It is nonhuman species which are responsible for replenishing every life system we benefit from; every source of food, shelter and medicine. All our basic requirements. The animals and plants of this world do not NEED human beings, they function and thrive completely independently from us. Conversely, we have absolutely no chance of survival without them. Anyone disputing this fact is living in a perilous fantasy.

Mass destruction of habitat and hunting, [where nonhuman gene pools have been obliterated due to killing the largest and healthiest of a given species] and the ongoing speciescide of billions of animals, targeted by government contract-killing agencies like U.S. Wildlife Services, continue to wipe out obscenely enormous swaths of animal populations born out of nothing more than political cronyism to appease ranchers, hunters, trappers and the elites controlling a self-serving, cancerous system of eco-annihilation.

Recognizing the rights of nonhumans is not radical--it is RATIONAL; and more than this, it's ESSENTIAL, because it is the very foundation for our own survival.

As creative, intelligent and indispensable as we believe ourselves to be, we exist as a parasitic force which is overwhelmingly destructive to Earth. We are eco-exterminators--which the majority of us continue to angrily deny. Our human-centric egos simply will not allow reality to prevail.

We cannot effectively pollinate--a job which nonhumans excel at [or at least they did until we began wiping out the pollinators]; we are unable to disperse seeds adequately enough to restore the life systems we destroy--only nonhumans can; there is no effective way of reversing the consequences of the water pollution we cause; or of mitigating the globally ubiquitous and massive accumulation of plastic waste killing enumerable nonhumans; or the devastation created to land, air, water and tortured animals as a result of factory farming hellholes, which are psychopathic in their compassionless commodifying of sentient beings, and which have reached such a monumental crescendo in their detrimental repercussions, they are now a worldwide threat.

Our psychological addiction to slaughter products is killing us. And yet, most of the 7.5 billion people on this planet refuse to believe they are contributing in any way to mass extinction by what goes into their mouths, on their backs, in their homes as furnishings and obscene trophies or administered as worthless, superstition-based, animal derived remedies.

When we reach the point of no return, which is close at hand, and every resource has been extinguished or consumed, there will be no time left to reflect upon our misdirected priorities.

The ONLY priority that matters, in the end, is that which sustains life. The importance of nonhumans and their survival outweighs any other social/political consideration or goal. If we cease to exist as a species, which is inevitable if we continue down this path, everything else becomes irrelevant. There will be no human left alive to care about justice and equality.

We need to realize that to stay silent on this issue is a betrayal of everything that is fair and just, and by ignoring or discounting its importance we are blatant, inexcusable hypocrites, complicit in our own destruction. We must begin to make the rights of nonhuman beings as important and essential as our own--BECAUSE THEY ARE.

No true progressive can ignore a group based on physical appearance, social status or the fact that they have no voice and are powerless to advocate for themselves. We apply these standards in our fight for human rights every day; we must stop making liars of ourselves and pawns in our own demise by continuing to employ an unjust double standard against nonhumans. Our very lives depend on it.

Related Topic(s): Animals; Consumption; Equality; Extinction; Justice; Killing; Progressive Problems; Progressive Values; Progressive Values Stories; Rights; (more...) Slaughter; Speciesism, Add Tags  (less...)
Add to My Group(s)
Go To Commenting
The views expressed herein are the sole responsibility of the author and do not necessarily reflect those of this website or its editors.