It's sort of silly that it matters. The United States bombed North Korea flat with ordinary, non-bioweapons bombs. It ran out of standing structures to bomb. People lived in caves, if they lived. Millions died, most of them from regular old non-scandalous but mass-murderous bombs (including, of course, Napalm which melts people but doesn't give them exotic diseases). North Koreans to this day live in such terror of a repetition of history that their behavior is sometimes inexplicable and bewildering to Americans whose knowledge of history comes from watching game shows.

Yet there is something powerful in its impact on self-deluded believers in the goodness of U.S. wars about the fact that the United States tried to spread diseases like bubonic plague in North Korea. So, it's worth spreading awareness that this indeed happened. A great help in that project has just been provided by Jeffrey Kaye, who has just posted online an important report that has been largely unavailable for decades. The report was produced in 1952 at the request of the North Korean and Chinese governments by a commission that included prominent scientists from Sweden, Brazil, France, and Italy, and was headed by Sir Joseph Needham, one of the most prominent and respected British scientists ever. (His New York Times obituary doesn't say whether the commission's conclusions were accurate. His Independent obituary suggests that the commission got it right. His WikiPedia entry predictably announces that the commission was completely wrong, and backs this up with that popular WikiPedia citation: "citation needed.") Yeah, it just became even more badly needed.

The report that Kaye has made available to us is thorough and well-researched, and it concludes that indeed the U.S. used germ warfare. It played a very minor role in the mass-slaughter. But it played a role.

It played a larger role in U.S. culture and government going forward. The latter invented the concept of "brain washing" to explain away the testimony of U.S. pilots who confessed to their participation in bio-warfare. Then the CIA spent many years (and cost many lives) absurdly trying to actually do what it had ridiculously accused the Chinese of having done.

That the United States protected and built on the work of Japanese war criminals is unwelcome information in the United States. That it attempted to create deadly disease epidemics in North Korea is even more unwelcome. 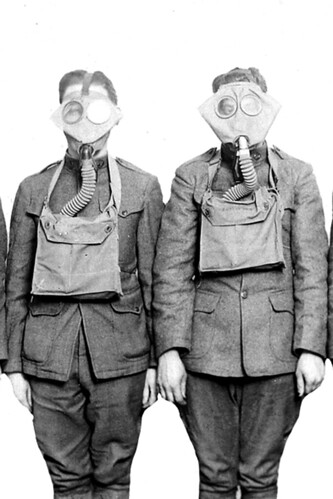 Perhaps even less acceptable information is that the United States brought hunger and death to Cuba, introducing swine fever to the island as well as tobacco mold, and creating "an epidemic of hemorrhagic dengue fever in 1981, during which some 340,000 people were infected and 116,000 hospitalized, this in a country which had never before experienced a single case of the disease. In the end, 158 people, including 101 children, died."

Oddly, as Kaye points out, it may be yet more unacceptable in the United States to know that Japan experimented with bioweapons on U.S. prisoners of war.

And I suspect that the most un-allowable fact of all is that the U.S. bioweapons program weaponized and spread Lyme disease in the area of Old Lyme, Connecticut, from which the disease subsequently took its name. It has, of course, been spreading rapidly.

As I've previously written, the propaganda struggle during the Korean War was intense. The support of the Guatemalan government for the reports of U.S. germ warfare in China were part of the U.S. motivation for overthrowing the Guatemalan government; and the same cover-up was likely part of the motivation for the CIA's murder of Frank Olson -- about whom see the new Netflix film Wormwood.

There isn't any debate that the United States had been working on bio-weapons for years, at Fort Detrick -- then Camp Detrick -- and numerous other locations. Nor is there any question that the United States employed the top bio-weapons killers from among both the Japanese and the Nazis from the end of World War II onward. Nor is there any question that the U.S. tested such weapons on the city of San Francisco and numerous other locations around the United States, and on U.S. soldiers. There's a museum in Havana featuring evidence of years of U.S. bio-warfare against Cuba. We know that Plum Island, off the tip of Long Island, was used to test the weaponization of insects, including the ticks that created the ongoing outbreak of Lyme Disease.

Dave Chaddock's book This Must Be the Place, which I found via Jeff Kaye's review, collects the evidence that the United States indeed tried to wipe out millions of Chinese and North Koreans with deadly diseases.

"What does it matter now?" I can imagine people from only one corner of the earth asking.

I reply that it matters that we know the evils of war and try to stop the new ones. U.S. cluster bombs in Yemen, U.S. drone strikes in Pakistan, U.S. guns in Syria, U.S. white phosphorus and Napalm and depleted uranium used in recent years, U.S. torture in prison camps, U.S. nuclear arsenals being expanded, U.S. coups empowering monsters in Ukraine and Honduras, U.S. lies about Iranian nukes, and indeed U.S. antagonization of North Korea as part of that never-yet-ended war -- all of these things can be best confronted by people aware of a centuries-long pattern of lying.

And I reply, also, that it is not yet too late to apologize.