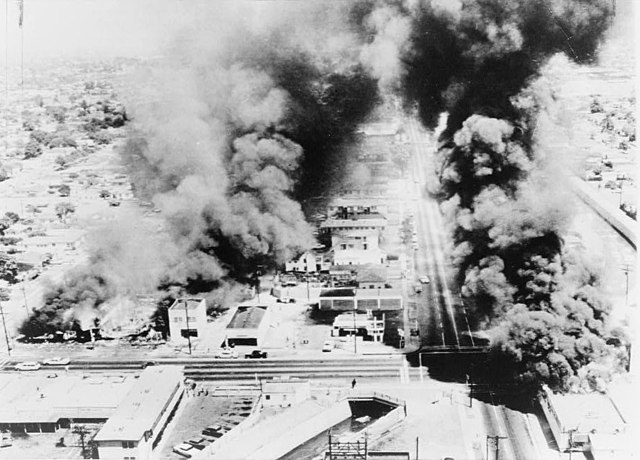 It's closing in on a week before an American election. For some people this means that everything absolutely must be about nothing but that election, with hyperbole.

The president of the United States is fear-mongering over the approach of a convoy of Latin American immigrants to get his "base" to the polls.

His Democratic opponents are pretending that every Republican voter is a potential mail-bomber, for the same purpose.

As I write this, a mass shooting at a synagogue in Pennsylvania doesn't seem to lend itself well to the election narrative yet. Democrats are already trying to make it about guns. Republicans note that the shooter apparently disliked Trump for being "too pro-Israel." I'm sure the competing election-related talking points will jell before Election Day.

Things seem pretty bad, don't they? In fact, in a Facebook political conversation the other day a loved one somberly informed me that "things have never been this bad."

Whoa. Just one minute there. Never?

Even focusing on the three aforementioned items, that's not the case. Migrant caravans have been running since at least 2010, "suspicious packages" have been a weekly occurrence since the 2001 anthrax scare, and mass shootings at churches (and schools, and workplaces, etc.) have been above-the-fold news items since Columbine.

But let's look back a little and remember how bad it's been before.

It's a long, long way downhill from where we're at, and we've been much, much further down that slope before. More violent. More fearful. More bigoted. Definitely poorer.

Related Topic(s): Election, Add Tags
Add to My Group(s)
Go To Commenting
The views expressed herein are the sole responsibility of the author and do not necessarily reflect those of this website or its editors.