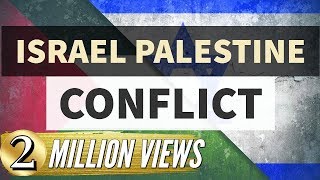 2017 will be remembered as the year that the so-called "peace process," at least in its American formulation, has ended. And with its demise, a political framework that has served as the foundation for US foreign policy in the Middle East has also collapsed.

The Palestinian leadership and its Arab and international allies will now embark on a new year with the difficult task of drumming up a whole new political formula that does not include the United States.

The Palestinian Authority entered 2017 with the slight hope that the US was in the process of moving away, however slightly, from its hardline pro-Israel attitude. This hope was the result of a decision made by the Barack Obama Administration in December 2016 not to veto United Nations Security Council Resolution 2334 that declared the status of illegal Jewish settlements in the Occupied Territories null and void.

But the new Donald Trump Administration suffocated all optimism as soon as it took over the White House, with a promise to relocate the US Embassy from Tel Aviv to Jerusalem, thus recognizing, in defiance of international law, the Holy City as Israel's capital.

Mixed messages from President Trump made it unclear whether he would go through with his campaign and early presidency promises, or remain committed to traditional US foreign policy. The appointment of extremist politicians, the likes of David Friedman as US Ambassador to Israel was juxtaposed with constant references to an "ultimate deal" that would involve Palestinians, Israel and Arab countries.

The American "regional peace," however, amounted to nothing, and Trump eventually fulfilled his promise to Israel and its allies by signing the Jerusalem Embassy Act of 1995.

By doing so, he has ended his country's once-leading role in the US-espoused "peace process" which advocated a "two-state solution" based on a "land for peace formula."

European countries had anticipated the American retreat from peace-making efforts as early as January 2017, yet it still pushed for the Paris Peace Conference on January 15. The conference brought nearly 70 countries together but, without US support and amid Israel's rejection, it was merely a platform for rehashed language about peace, co-existence and so on.

Now that Trump has downgraded his country's role, European powers, especially France, are likely to attempt to salvage peace talks. Such a possibility, however, is likely to prove equally fruitless since the rightwing Israeli government of Benjamin Netanyahu made it clear that neither freezing illegal settlements, a shared Jerusalem nor a Palestinian state are on the Israeli agenda. Without the enforcement of international law, Israel will not willingly change its position.

In fact, 2017 has been a year of unbridled Jewish settlement expansion with thousands of new housing units having been built -- or are in the process of being completed -- while brand new settlements are also in the offing.

Israel's intransigence and the end of the US peace gambit has renewed interest in the Palestinian struggle, which has been cast aside for years due to regional conflicts and the Syria war. This has resulted in greater support for the Palestinian Boycott, Divestment and Sanctions (BDS) movement. Modeled after the South African anti-Apartheid boycott movement, BDS calls for direct action by global civil society to end the Israeli occupation of Palestine.

However, the rise of BDS has also meant a strong Israeli-US push back to outlaw the Movement and to punish its supporters. Nearly two dozen US states have passed laws to criminalize BDS, while the US Congress is finalizing its own law that makes boycotting Israel an act punishable by a hefty fine and a prison term.

Challenging both the Israeli Occupation and the PA, Palestinians in the Occupied Territories continued with their Intifada, although one that lacked the mass mobilization of previous uprisings.

Hundreds of Palestinians were killed and wounded, including many children, in Israel's efforts to suffocate any protest against its military rule.

Related Topic(s): 2018 Elections; Israel; Jerusalem; Palestinian State; Year In Review, Add Tags
Add to My Group(s)
Go To Commenting
The views expressed herein are the sole responsibility of the author and do not necessarily reflect those of this website or its editors.