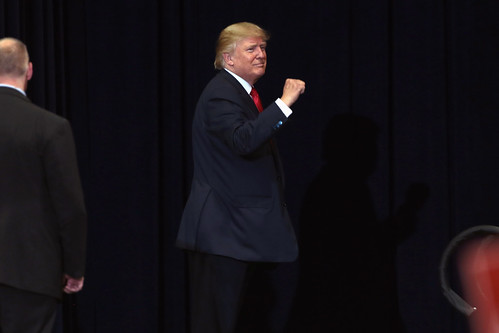 Snyder says, "When Donald Trump stood before his followers on Jan. 6 and urged them to march on the United States Capitol, he was doing what he had always done. He never took electoral democracy seriously nor accepted the legitimacy of its American version.

"Even when he won, in 2016, he insisted that the election was fraudulent - that millions of false votes were cast for his opponent."

Snyder also says, "When we give up on truth, we concede power to those with the wealth and charisma to create spectacle in its place.

Neil Postman alerted us to watch out for spectacle in his famous 1985 book Amusing Ourselves to Death: Public Discourse in the Age of Show Business (Viking).

In addition, Snyder says, "If we lose the institutions that produce facts that are pertinent to us, then we tend to wallow in attractive abstractions and fictions."

Now, Snyder says, "My own view is that greater knowledge of the past, fascist or otherwise, allows us to notice and conceptualize elements of the present that we might otherwise disregard and to think more broadly about future possibilities. It was clear to me in October that Trump's behavior presaged a coup, and I said so in print; this is not because the present repeats the past, but because the past enlightens the present."

Now, Snyder says, "Trump's focus on alleged 'irregularities' and 'contested states' comes down to cities where Black people live and vote. At bottom, the fantasy of fraud is that of a crime committed by Black people against white people."

Snyder also says, "When Senator Ted Cruz announced his intention to challenge the Electoral College vote, he invoked the Compromise of 1877, which resolved the presidential election of 1876. Commentators pointed out that this was no relevant precedent, since back then there really were serious voter irregularities and there really was a stalemate in Congress. For African Americans, however, the seemingly gratuitous reference led somewhere else. The Compromise of 1877 - in which Rutherford B. Hayes would have the presidency, provided that he withdrew federal power from the South - was the very arrangement whereby African Americans were driven from voting booths for the better part of a century. It was effectively the end of Reconstruction, the beginning of segregation, legal discrimination, and Jim Crow. It is the original sin of American history in the post-slavery era, our closest brush with fascism so far."

In conclusion, reading Snyder's lengthy op-ed piece in the New York Times Magazine is a suitable way to commemorate the life and work of the Reverend Dr. Martin Luther King, Jr.