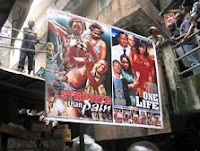 And Bart Simpson May Be Right!!

So many African countries are trying to emulate America that I'm sure there's an "Afro-Disney" in the works. At most, the attempts to be like America are very palpable:

A visitor to South Africa today can scarcely help but be struck by how American it seems. Yet few appreciate the long historical roots of the U.S. presence in South Africa, or the complex political and cultural conflicts to which it has given rise.

But in some countries, the "aping of America" goes only as far as the amount of money they receive. Or the amount of aid from American faith-based charities. And while we do not know approximately what Rick Warren's P.E.A.C.E. program in Uganda and Rwanda dishes out, it is enough to allow it and others like it to proselytize (excuse me) evangelize whole nations.

With the encouragement of people like Lou Engle, Tony Perkins, Rick Warren and a host of evangelizers Africa has shunned the virtues of compassion and tolerance: people are scouring the villages and towns for sinful gays to report on.. Many are practicing "corrective rape" on lesbians and now...

From The Times Online: 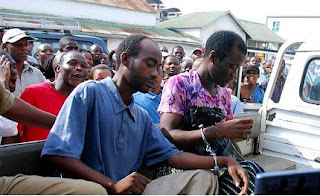 Rev. Dan Vojir is has been writing/blogging on religion and politics for the better part of ten years. A former radio talk show host (Strictly Books " Talk America Radio Network) and book publisher, Dan has connected with some of the most (more...)
Related Topic(s): American Hypocrisy; Faith-based Orgs; Homosexuality; Intolerance; Malawi; Mormon; Religious Hypocrisy; Rick Warren; Tolerance, Add Tags
Add to My Group(s)
Go To Commenting
The views expressed herein are the sole responsibility of the author and do not necessarily reflect those of this website or its editors.