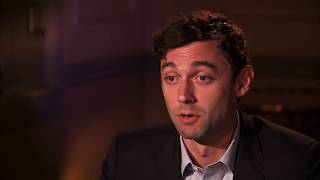 Reams of commentary have been written about the results of the recent special election in Georgia's 6th Congressional District. Jon Ossoff lost the seat, which was left vacant by Secretary of Health and Human Services Tom Price, to his Republican rival by a margin that was larger than expected.

It was the most expensive House race in history, with the two candidates spending a combined $50 million. Republican Karen Handel beat Ossoff by a 3.8 percent margin, winning 51.9 percent of the vote to Ossoff's 48.1 percent.

Ossoff substantially outperformed the Democrats who had run against Price, who typically won by 20-point margins. But despite spending enormous sums on his campaign, he failed to match Hillary Clinton's 1-point loss to Donald Trump in the same district in 2016.

Virtually all the commentary that has been written about this race was based on the assumption that this district is white, wealthier than average, and "a safe Republican seat." Ossoff's campaign appeared to share this assumption. Ossoff ran as a "Republican Lite," demonizing government service and downplaying bread-and-butter Democratic issues.

Ossoff even talked about "bringing the government up to private-sector standards." He presumably was not thinking of the "standards" that caused the BP oil spill or the Wall Street financial crisis of 2008.

But was his underlying assumption true? Do you have to run like a Republican to win in a district like the Georgia 6th?

The Census Bureau publishes searchable data online for every congressional district, but very few commentators seem to have taken advantage of this free resource. The same seems to be true of the Democratic consultants who helped themselves to some of the $20 million in campaign funds Ossoff spent.

Here's what they would have learned if they had:

82,355 households in the 6th earn less than the national average in yearly income.

It's true that this is a wealthier-then-average district -- but that's an average. These households earn less than the national average of $51,000 a year.

The voters who live in these households were never told that the Democratic candidate would fight to increase their wages, give them better benefits, or do more to make the necessities of living more affordable. And Ossoff studiously avoided class or economic inequality, refusing to support tax increases even for the wealthiest Americans.

77,658 residents had no health insurance coverage at all.

That's after the Affordable Care Act had been in effect for a year. During the campaign, these voters were never told that healthcare is a basic human right, or that Medicare For All could provide them with the medical care they need. Instead, Ossoff said that he did not support single-payer healthcare.

Related Topic(s): Democratic; Economic; Georgia Politics; Gerrymandering; Jon Ossoff; Republican, Add Tags
Add to My Group(s)
Go To Commenting
The views expressed herein are the sole responsibility of the author and do not necessarily reflect those of this website or its editors.