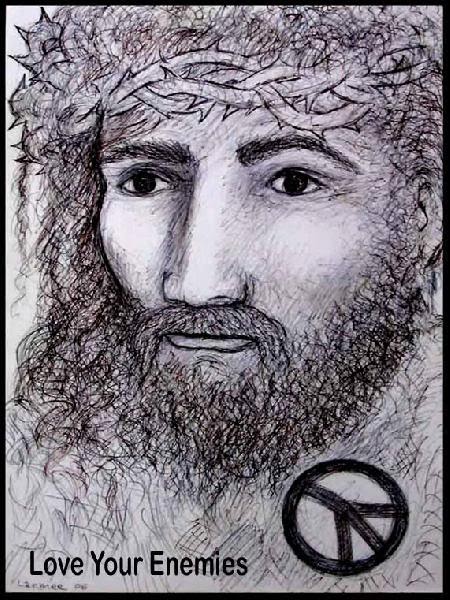 Copyrighted Image? DMCA
The Navy's new Zumwalt stealth destroyer will get the 'blessings of Christ' on April 12 at Bath Iron Works.


Christ, the prince of peace
is coming to Bath
to give his blessings
his support
his stamp of approval
to a killing machine

"Jesus Christ recognized this slavery institution as one that was lawful among men, and regulated its relative duties. ... I affirm then, first (and no man denies) that Jesus Christ has not abolished slavery by a prohibitory command; and second, I affirm, he has introduced no new moral principle which can work its destruction."

"God is Pro-War" declared Rev. Jerry Falwell
soon after US shock and awe
forces attacked Iraq
the first shot fired from the 'christened'
USS Cowpens
built in Bath
loaded with cruise missiles
that carried the godly message
to their civilian targets

Related Topic(s): Christian Capitalism; Christian Zionist; Christian-taliban; Christianity; Iraq; Militarism; Peace; Pentagon; Slavery, Add Tags
Add to My Group(s)
Go To Commenting
The views expressed herein are the sole responsibility of the author and do not necessarily reflect those of this website or its editors.