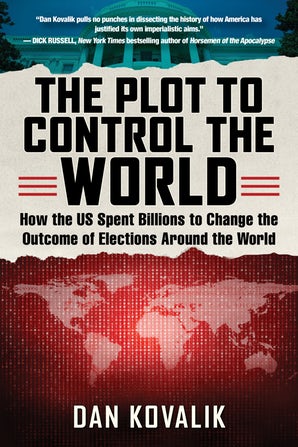 Kovalik's handbook on US foreign policy
(Image by Dan Kovalik)   Details   DMCA
Dan Kovalik, The Plot to Control the World: How the US spent billions to change the outcome of elections around the world, Hot Books, 2019

'Imperialism abroad - despotism at home' was once the credo of the Democratic Party, part of its 1900 platform. One of the tidbits Kovalik passed on at his Toronto book launch.

Yes, the US is the big interferer in others' elections, as Kovalik documents. But as counsel of the Union of Steelworkers and lawyer for beleaguered workers in Colombia, Kovalik gave his listeners insight into the little known role the US trade union movement plays -- its betrayal of trade unionists abroad. Dozens of Colombia worker-heroes owe their lives to his lawyer smarts and dedication to the working class. As an American, he takes the evil of imperialism seriously and risks his own life to fight It. A real 'working class hero'.

Kovalik doesn't pretend to document all the US crimes (read William Blum for that). Rather, in 'The Plot' he takes you on a world tour to Eurasia, Africa and the Americas for key election rigging moments, moments that he connects with viscerally, and brings them to life..

He doesn't get to Venezuela, but it's really not necessary. Same old, same old. There is a clear template that has been honed over the decades, and that makes the Maduros and Talibans around the world justifiably cynical about US 'democracy promotion'. 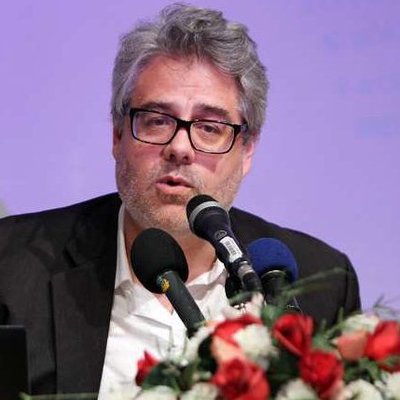 Dan Kovalik
(Image by Dan Kovalik)   Details   DMCA
Kovalik contrasts the pathetic claims of Russian interference in US elections with the real, devastating US interference in the key 1996 election there that catapulted an unpopular Yeltsin back into their White House to allow the US to rape and pillage another four years. And as orchestrator of the 2014 coup in Ukraine that brought neo-fascists into power, joining Europe's new right.

And Vietnam. It never stops giving. Kovalik highlighted the revelation in the mid-2000 of President Johnson's secret tapes (it seems Nixon wasn't the only one who dabbled in that) of South Vietnamese officials and his political foes, that reveal how Nixon convinced the South Vietnamese to hold off on peace talks, that if he won, he would get them a better deal. Johnson calls this treason.

But Nixon won, and who's going to impeach a standing president for treason? (Ok, two million more Vietnamese dead. Who cares?) It was LBJ's tapes stored in the Watergate complex calling him a traitor that Nixon was after, but all that we heard about was the break in of Daniel Ellsberg's psychiatrist's office. Much better to get rid of Nixon using some nice sex scandal (sorry, that's Clinton).

So there's a parallel with Clinton's impeachment, and with Trump's maybe impeachment. When you've decided to go after a president, it better not be political (for their war crimes, bombing and subversion abroad).

"All US presidents since WWII have been war criminals," says Kovalik. The sheeple need to keep believing in the emperor's 'new clothes'. He can do naughty things, but he is basically a good guy. Never a traitor or war criminal.

And another parallel -- Reagan's 'October surprise' in the 1980 election -- collusion with the enemy to hold onto the hostages at the US embassy until he was elected. The 'enemy' would get arms in exchange. It worked and, despite being exposed, Reagan was not impeached for treason. 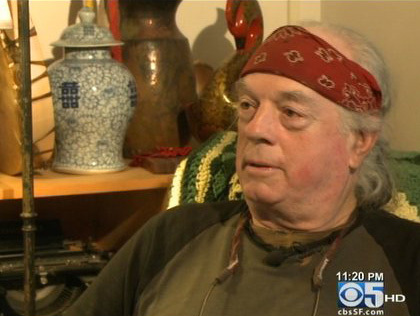 Willson lost his legs to Reagan's arms smuggling
(Image by sanfrancisco.cbslocal.com/)   Details   DMCA
But then, as Kovalik told us, it was Reagan who gave the go ahead in 1987 to the train driver to run over Vietnam veteran Brian Willson at the Concord Naval Weapons Station where arms were shipped to the Contras in Reagan's so-called "secret war" in Nicaragua. Willson survived and is a friend of Kovalik. Another working class hero.

Kovalik recounted how the trade union movement has been working hand-in-glove with the CIA since the launching of the Cold War in the late 1940s. "People joke it's really the AFL-CIA."

Instead of supporting the Venezuelan workers in their current US-inflicted crisis, the US trade unions are supporting the attempt to overthrow the workers' government. One would expect trade unions in the rich West to be sympathetic to their brothers in the imperial periphery, but this 'workers of the world unite' philosophy, once the credo of the Wobblies (Industrial Workers of the World) is long gone. The credo resurfaced during the Great Depression and WWII, when the union movement surged ahead in America.

Enter, the Cold War, and the unions became government appendages, and the CIA began actively to work through them to quell workers everywhere.

When the CIA had its knuckles rapped by the Church Committee in 1975, there was a brief pause in subversion, but by 1979 they were back in action everywhere, doing the same dirty work through Reagan's National Endowment for Democracy, again using the trade unions as a cover for subversion.

Related Topic(s): Class Politics; Coup; Democracy; Empire; Genocide; Reviews_ Books; Sandinistas; Traitor; World Peace, Add Tags
Add to My Group(s)
Go To Commenting
The views expressed herein are the sole responsibility of the author and do not necessarily reflect those of this website or its editors.