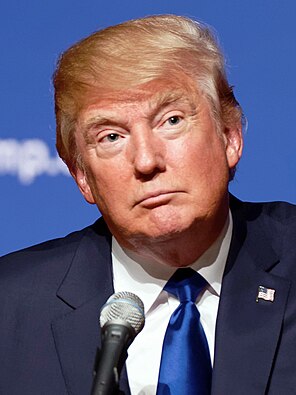 The coronavirus pandemic is now so sprawling that it has revealed the souls of tens of thousands of individuals, from remarkably kind nurses to online sellers seeking to corner the market for hand sanitizers (until finally deciding to donate them). One saga that we should not soon forget involves Rand Paul, the Republican senator from Kentucky. On March 16th, out of "an abundance of caution," he said, he got an early test. For a week, while waiting for the results, he kept circulating in public, continuing his work on Capitol Hill (where he lambasted and then voted against a bill that would have offered free tests to all Americans), and even working out in the Senate gym and swimming in the Senate pool. The test results came back positive, and Paul then went into self-quarantine.

The reason to focus on this story is not to suggest that Paul is a selfish jerk; he is a medical doctor, for heaven's sake. It's because he is the foremost representative of libertarian philosophy in our nation's Capitol, and that philosophy has helped produce the world we live in: one in which we struggle to solve both the coronavirus pandemic and the larger climate crisis. Last week, I tried to show how those crises were linked through the variable of time; this week, it's social trust that's the issue.

Ayn Rand and her novels -- one of which, "Atlas Shrugged," was once, according to a survey for the Library of Congress, the second-most influential book in the country helped get this ball rolling. Rand's novels are worth thinking about, because they've shaped the thinking of American leaders since the Reagan era, when Rand's acolyte Alan Greenspan became the most powerful economic figure on the planet. This view of the world -- that government is the problem, that we should free individuals and corporations from its clutches -- has made it all but impossible to address global warming. The Koch brothers, for instance, came directly from this milieu; it was after the late David Koch failed in his Vice-Presidential bid on the Libertarian Party ticket, in 1980, that he and his older brother Charles became two of the G.O.P.'s biggest funders. Since they were among America's biggest oil and gas barons, it was no wonder that they opposed restrictions on the fossil-fuel industry, but it wasn't just self-interest: the government action necessary to tackle climate change is incompatible with their belief system. The right-wing syllogism became, I think, the following:

That's not logical, but it is comforting if you've committed to the basic idea that, as Ronald Reagan once put it, "The nine most terrifying words in the English language are 'I'm from the government and I'm here to help.'" But, of course, that's nowhere near the scariest sentence. Try: "The hillside behind town is on fire." "The subway system is flooded." "Your test came back positive." "There are no ventilators."

Old impulses die hard. Donald Trump -- who once described himself as a fan of Rand's and her book "The Fountainhead" because "it relates to business (and) beauty (and) life and inner emotions. That book relates to . ... everything...has been using the pandemic to, among other things, drastically relax what environmental laws remain. Meanwhile, his economic adviser Larry Kudlow told CNBC, "I just think the private sector is going to solve this disease." As Charlie Baker, the governor of Massachusetts, said, when informed of Trump's desire to "pack churches" on Easter, "Yeah. No."

In fact, the countries dealing best with the coronavirus are precisely those with high levels of social trust: South Korea, for instance, where a comprehensive national health system made sure that no one had to worry about getting a test or paying for treatment. Or the Scandinavian nations, which a United Nations report released on March 20th said are in the best position to deal with such crises. Nations "with higher levels of social trust and connections are more resilient in the face of natural disasters and economic crises," it concluded, because "fixing rather than fighting becomes the order of the day." It's probably no accident that, in many ways, the Nordic nations also lead the climate fight, or that South Korea's ruling party proposed a sweeping Green New Deal to confront the economic slump that the virus left behind. Working together is what humans are actually built to do.

The fossil-fuel-divestment movement has been one of the most productive fronts in the fight against climate change for nearly a decade, growing into the largest campaign of its kind, with endowments and portfolios worth $12 trillion dollars pledging to sell their fossil-fuel stock. But some of this country's richest universities, including Yale and Harvard, have declined to join, despite votes showing students and faculty overwhelmingly in favor of divestment. So some Harvard students and alumni started a group called Harvard Forward, which, with a petition drive, managed to get five climate-focused candidates on the ballot in the university's Board of Overseers elections, which alumni would have been able to vote in beginning this week. (Harvard announced on Tuesday that, because of the coronavirus, it would postpone the balloting until midsummer.) One of them is Thea Sebastian, who graduated from the college in 2008 and the law school in 2016, and is the policy counsel for an N.G.O. called the Civil Rights Corps, where she "coordinates nationwide strategies to address race-based and wealth-based injustices in our criminal-legal system."

Harvard is filled with scholars studying the climate crisis. Why do you think the administration has been so unwilling to follow institutions around the world and divest from fossil fuels?

Bill McKibben is the author of a dozen books, including The End of Nature and Deep Economy: The Wealth of Communities and the Durable Future. A former staff writer for The New Yorker, he writes regularly for Harper's, The Atlantic Monthly, and The (more...)
Related Topic(s): Crisis; Harvard; Human Beings; Human Welfare; Social Rights; Trusting, Add Tags
Add to My Group(s)
Go To Commenting
The views expressed herein are the sole responsibility of the author and do not necessarily reflect those of this website or its editors.