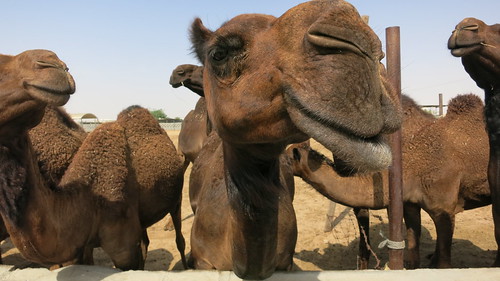 What is he smiling about?
(Image by jlcampbell104)   Details   DMCA

Years ago, a dear and late friend of mine, Bill K. once told me this story:

He was a Chicago cop, one of the ' good guys ' who treated everyone equally. One day, he was driving his young son Nick to school. They were passing a bus stop and saw this guy getting off the bench to board the bus. The man was dressed like a laborer, with his lunchbox in hand. Bill turned to his son and said "Do you see that guy getting on the bus, obviously on his way to work? You see him holding that lunchbox, wearing a winter workman's coat and hat? Well, son, THAT guy is the hero that you should worship. THAT guy gets up early each morning and shovels off to a job, bringing his 'brown bag' lunch with him. He probably puts in his full day, gets on another bus and goes home. Then, he gets up early tomorrow and does it all again. THAT is a hero!"

Bill had told me the story to illuminate the fact that his young son, and all of his son's friends, kept celebrating the Chicago sports stars as their heroes. We all did that as young kids, though some of us never stopped, right into middle and old age.

This is not meant to denigrate or single out professional sports, rather as an indicator of how our American culture loves to make heroes and stars out of all celebrities. We do it for actors and politicians and pundits, all who show up regularly on our boob tubes. Most of us, part of the 99% that the media likes to refer to, we are just 'working stiffs' who are similar to that man in Bill K's story. We don't earn millions or even come close to earning a fraction of that.

The real sad state of affairs is not only this awe and 'pedestal placing' of the aforementioned group of people. It is when average working stiffs like you and me have this foolish over respect for the super-rich, whether they be politicians or 'Captains of industry'. When I criticize the mega millionaires and billionaires for their lack of empathy and economic understanding of we the 99+ % of Americans, many working stiffs will argue that, "They worked hard for their wealth, being creative and industrious!"

All I can say is that in my 50 plus years of working for wealthy people, every one of them, and that is a lot of folks, had skeletons in their closet! Or, a few of them simply inherited their super wealth from a parent, not having to do much in the way of earning it! In this new Gilded Age of our current Military Industrial Empire the amount of wealth for many individuals is astounding.

In 2016-17 the top rate is 39.6% for incomes over $464,850. Do you think that there weren't super-rich folks in the early 1960s who lived pretty well? I mean, there were lots of Caddies and Lincolns sold then, and big fancy homes not too far from where we lived in Brooklyn, N.Y. Now, everyone knows that the rich guy earning, shall we say $500k a year in 1964, did not pay at the 91% rate. No, his accountant was usually able to get the final rate down by at least half, meaning he kept 60% of $500k or $300k. Well, in 1964 my old man was earning around $12k a year as a union protected longshoreman, and we still ate good and lived in a nice rental apartment in a nice neighborhood.

When Henry Paulson was tapped by Bush Jr. to be Treasury Sec. in 2008, he had just retired from that wonderful and charitable " bandit company", Goldman Sachs, with a compensation package worth ... no kidding, half a billion dollars! This was the 'great American' who was going to look after all you slugs out there that were knee deep in 'underwater housing'! Of course, with the top federal tax rate of less than 40%, and whatever % of that he actually paid, ole Henry and wife could afford to become philanthropists. Why not, when you are keeping perhaps 2/3 of the $ 500 million?

Get real folks! If we desire the so called 'Hope and Change' that Mr. Obama sold many of you on in 2008 ( Check out how much this dude is getting paid now for speeches and public appearances... and book deals ), let's demand this change:

Surtax all those earning over one million dollars a year with a FLAT 50% tax. No deductions, No write offs. If you earn, by hook or by crook (pun intended) $10 million in salary, bonuses, stock sales etc., $5 million goes right into the treasury. Lots of added revenue for rebuilding our infrastructure without privatization; lots of revenue to jumpstart a real and viable Medicare AND Dental Care for all; federal money to replace those 'lead water pipes' in Flint, Michigan and elsewhere with new ones... need I go on?

For all you Christians out there, it was the man you refer to as 'The Son of God' who stated:

"Easier for a camel to go through the eye of a needle than a rich man to get into heaven."

{Philip A Farruggio is the son and grandson of Brooklyn, NYC longshoremen. A graduate of Brooklyn College ( class of '74 with a BA in Speech & Theater), he is a free lance columnist posted on World News Trust, Nation of Change Blog, Op Ed (more...)
Related Topic(s): Money; Rich People; Supercapitalism, Add Tags
Add to My Group(s)
Go To Commenting
The views expressed herein are the sole responsibility of the author and do not necessarily reflect those of this website or its editors.