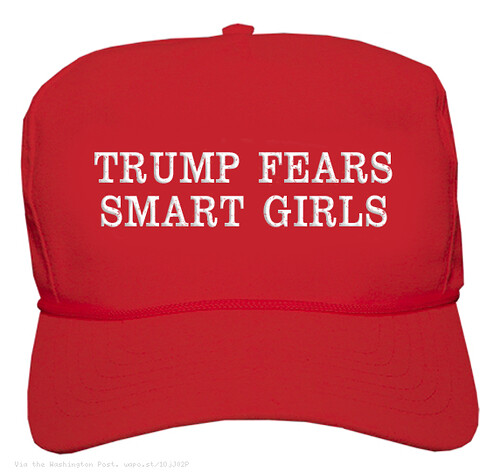 Donald Trump's comments about sexually assaulting women are obscene. So gross that even the Republican Party is tripping over itself to feign outrage.

Some GOP candidates are in panic mode, even announcing that they'll vote instead for Mike Pence -- an extremist governor infamous for trying to defund Planned Parenthood and pass some of the most outrageous anti-abortion legislation in the country.

Let's be clear about this: If we want to stop Donald Trump's sexism and bigotry, women will be the ones to do it.

Hillary Clinton must win in November, but that's not enough. If we want to make 100% sure that a President Trump and VP Pence won't be able to appoint Supreme Court justices or sign bills to defund Planned Parenthood, we must have a Democratic Senate too.

Election Day is exactly one month from today. We have an incredible number of Democratic women challengers running in open Senate seats and challenging Republican incumbents, and if they win, we'll build a Trump-proof firewall that's strong enough to stop him.

Four women are in close races against Republicans who stand with Trump or Pence. Please donate to Katie McGinty, Maggie Hassan, Catherine Cortez Masto, and Deborah Ross. These women can help take back the Democratic majority, but they need our help to win.

Trump's comments about sexual assault may be the straw that breaks the camel's back, but there's been no secret for months about who Trump is or what he stands for -- or about the radical views of his running mate either.

Katie McGinty (PA), Maggie Hassan (NH), Catherine Cortez Masto (NV), and Deborah Ross (NC) are all tough, smart, experienced women who won't be Donald Trump's lapdog. And every one of these women is getting slammed with nasty attacks by the Koch Brothers and other right-wing groups trying to save the Republican majority any way they can.

Election Day is exactly one month from today. Please do what you can to help our Democratic women take back the Senate and stop Donald Trump and Mike Pence. If we get out the vote, we win -- and if our women candidates win, our country wins.

Related Topic(s): Bigotry; Donald Trump; Stop Trump Movement; Women; Women Voters, Add Tags
Add to My Group(s)
Go To Commenting
The views expressed herein are the sole responsibility of the author and do not necessarily reflect those of this website or its editors.