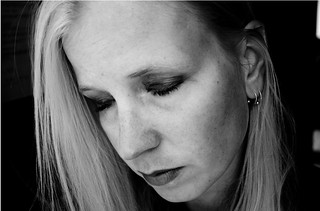 Drug traffickers exploit women for a variety of reasons.
(Image by theglobalpanorama)   Details   DMCA
The United Nations April 19 adopted a new framework for drug control and made a report which states, ""to address and counter the world drug problem, appropriate emphasis should be placed, on individuals, families, communities and society as a whole, with a view to promoting and protecting the health, safety and well-being of all humanity."

Drug traffickers exploit the naivety of women. Also, women and children are more vulnerable towards the use of illicit drugs due to various changes they face during their lifetime that includes lack of support, poverty, unemployment, medical treatment and psychological stress, etc. There are numerous factors that hinder the implementation of programs whose only motive is to stop people from using this substance and to provide psychological support to those in need. Lack of anti-illegal drug abuse education in school curriculums and poor knowledge about addiction also contributes to the use of this substance in abundance.

United Nations Office on Drugs and Crime (UNODC) Executive Director Yury Fedotov states, "Women in particular appear to face barriers to treatment - while one out of three drug users globally is a woman, only one out of five drug users in treatment is a woman" We need to invest in long term, medical evidence-based solutions."

Many users, both men and women, get infected with the HIV virus while sharing the same needle that compels them to live a short and lonely life, introducing depression and other psychological stress which in turn makes them use drugs as the only solution to their problems.

Cape May County is also struggling to cope with growing drug abuse and addiction. Therefore, New Jersey needs to have a strong, educational program with counseling whereas social support and medical care go parallel. Awareness about the effects and harms while using this substance is equally important in schools due to the vulnerability of the age groups during school years. It is highly essential to address this problem through collaborative efforts.

In some counties, heroin was a major narcotic that caused a steep increase in the number of users over the past year. A recent report by New Jersey Advance Media also notes that the "heroin eclipses homicide, suicide, car accidents and AIDS as a cause of death in the state."

A friend of mine from Cape May said, "I support your cause to work on an anti-drug awareness program. My daughter is in the rehabilitation program now and is doing great. It is indeed inspiring."

I really appreciate her willpower towards her daughter's rehabilitation. She expressed her strong commitment towards her daughter's well-being, which made me happy. I think if people having similar agendas come together there can be thousands of people generating and supporting ideas that can make this mission successful.

Unfortunately, drug addiction has been a big threat to our society.

It is easier to avoid this problem but hard to eliminate it and hence avoiding it is not the solution. Being optimistic and bringing progress through effective measures will enable one to solve the problem for the benefit of everyone, including women and children.

Media awareness and community can play complementary roles. We must demonstrate a strong commitment to moving forward and undertaking concrete actions in the respective sectors. Millions of people are confused and frustrated with this problem, so eliminating it is not a role of a single individual, but is for all.

Related Topic(s): Agenda; Community; Crime; Drugs; Drugs Marijuana Hemp; Drugs Over The Counter; Drugs Prescription; Education; Health; Heroin; (more...) Media; Rehabilitation; Vulnerability; Well-being; Womens Issues; Work, Add Tags  (less...)
Add to My Group(s)
Go To Commenting
The views expressed herein are the sole responsibility of the author and do not necessarily reflect those of this website or its editors.