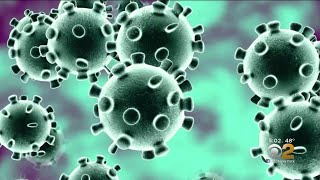 People Isolated For Coronavirus
(Image by YouTube, Channel: CBS New York)   Details   DMCA
The strangest thing about the coronavirus is that we can't help one another through it. We can't lay on hands, we can only wash them: in fact, the way we've been explicitly told to help is to stay away from one another. That makes epidemiological sense, but it also makes us a little crazy: social distancing, quarantine, and isolation go hard against the gregarious instinct that makes us who we are.

Every other time that we face a natural disaster, we come together: that's the natural, almost inevitable human response to a crisis. Rebecca Solnit, in her soaringly optimistic book from 2009, "A Paradise Built in Hell," proved that point with example after example: from the San Francisco earthquake and fire of 1906 to Hurricane Katrina, people rallied in the most extraordinary ways. In Louisiana, people with boats just kept arriving and shoving off into the murky and dangerous waters to rescue people stranded on the roofs of their flooded homes. The Cajun Navy, as the group of volunteer boaters was known, saved lives by the score, and they were not an exception.

"In the wake of an earthquake, a bombing or a major storm, most people are altruistic, urgently engaged in caring for themselves and those around them, strangers and neighbors as well as friends and loved ones," Solnit writes. Looters are rare -- and sometimes what's called looting is just people trying to get medicine or food for others. She adds, "The image of the selfish, panicky or regressively savage human being in times of disaster has little truth to it. Decades of meticulous sociological research on behavior in disasters, from the bombings of World War II to floods, tornadoes, earthquakes and storms across the continent and around the world, have demonstrated this."

I've seen it firsthand a dozen times: when Hurricane Irene devastated my state, Vermont, in 2011, people turned out within hours, bringing tools from backhoes to brooms. They mucked out basements and rebuilt driveways, and they kept coming back for weeks, until the job was done. They did it for strangers, mostly -- although they didn't remain strangers for long.

But, with coronavirus, none of that is possible. There's little way to be of use except to disappear inside your home, so that you can't infect anyone. Indeed, even the places we gather for solace are increasingly off limits. Churches are closed in Italy and in South Korea (where one particular sect was the epicenter of the growing epidemic). Schools, where people find community during the first two decades of their lives, are increasingly shutting their doors or moving to "remote instruction." Even the things that take our minds off crises are going to be closed off: with every disaster that I can recall, including unnatural horrors such as 9/11, the resumption of pro sports some days later was a way to ease the feelings of pain and fear and anger. But now ski races in Norway are being held in empty arenas, Italy has cancelled league soccer matches, and there's talk that the Summer Olympics, scheduled to be held in Tokyo, may need to be postponed.

All of this is wise, of course: the evidence that cutting down on crowds can slow the spread and flatten the curve of eventual infection is clear, dating back to the Spanish flu of 1918. (President Trump's minimization of the risk will be remembered for the classic foolishness that it is: you can't spin a microbe.) But isolation comes at a real cost. Loneliness turns out to be a huge factor in diminishing human lives. Everything we can measure, from immune response to the onset of dementia to coronary-artery disease is worsened, often dramatically, in people with fewer friends.

Forget the physical risks, though; it's the social cost that we should be absorbing, so that we'll remember it when these days are past. We should use the quiet of these suddenly uncrowded days to think a little about how much we've allowed social isolation to grow in our society, even without illness as an excuse. The number of adolescents hanging out with friends dropped precipitously in 2012, when for the first time more than half of Americans owned smartphones (a situation that has been linked to rising rates of depression).

If we pay attention, we may value more fully the moment we're released from our detention, and we may even make some changes in our lives as a result. It will be a relief, above all, when we're allowed to get back to caring for one another, which is what socially evolved primates do best.

A Guide to the Coronavirus

How much of the world is likely to be quarantined?

Donald Trump in the time of coronavirus.

The coronavirus is likely to spread for months, if not more than a year, before a vaccine could be widely available.

Bill McKibben is the author of a dozen books, including The End of Nature and Deep Economy: The Wealth of Communities and the Durable Future. A former staff writer for The New Yorker, he writes regularly for Harper's, The Atlantic Monthly, and The (more...)
Related Topic(s): Corona Virus Coronavirus Covid-19; Hell On Earth; Isolation, Add Tags
Add to My Group(s)
Go To Commenting
The views expressed herein are the sole responsibility of the author and do not necessarily reflect those of this website or its editors.