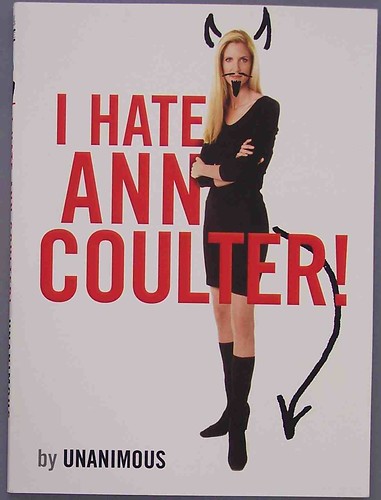 UC Berkeley's successful attempt to shut down an appearance by Ann Coulter this week is just the latest example of college campuses - and liberals as a whole - attempting to stifle free speech by acting as society's morality police.

As an antiwar activist, I am typically lumped-in with other so-called leftists, so when progressives act in an oppressive, hateful, racist, fear-mongering, violent or unappealing manner, it reflects poorly on the cause in which I associate.

I have been privately challenging some of my colleagues to reflect on their apparently hypocritical behavior, but doing so publicly, in this forum, is risky. And in trying to make sense of this ironic phenomenon, more questions than answers arise.

-Why is the so-called left trying to shut down debates instead of trying to win them? Is it because the left is basing its arguments on imagery and emotion rather than fact?

-Were the students at Berkeley aware that Ann Coulter was one of the few people speaking out against the Trump administration's bombing of Syria in response to the alleged chemical gas attack? Did they know she said the photos shown to Trump that made him act were probably "faked"? Were the students afraid Coulter would talk about this in public?

-How can liberals claim to celebrate diversity when they don't allow diversity of thought or speech?

Chris Ernesto is cofounder of St. Pete for Peace, an antiwar organization in St. Petersburg, FL that has been active since 2003. Mr. Ernesto also created and manages OccupyArrests.com and USinAfrica.com.

Related Topic(s): Activist; Antiwar; Debate Exclusion; Demonstrations; Intolerance; Liberals; Progressives; Reactionary; Shut Your Mouth; Shutdown, Add Tags
Add to My Group(s)
Go To Commenting
The views expressed herein are the sole responsibility of the author and do not necessarily reflect those of this website or its editors.

Assad Had the Upper Hand So Why Would He Gas His Own People?

Wars Are Not Fought to 'Protect Your Freedoms'