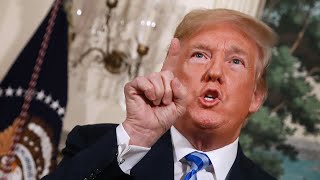 It's become fashionable and politically expedient in Washington to file the U.S. invasion of Iraq in the "mistake" bin. It's the same bin the Vietnam War is filed in. The mistake label is most cruel to the millions of victims of those horrific campaigns.

Let the record be clear: neither act of genocide was by any stretch a mistake. Both the U.S. war on Vietnam and the U.S. invasion of Iraq were as premeditated and purposeful as they were detached from the consequences.

In the current context, it is instructive to take note of the rise of ISIS and the ongoing bloodbath in Syria. The two are connected, and both are direct consequences of the U.S. invasion of Iraq and the overthrow of the Iraqi government. Beyond the death and destruction, always underestimated by U.S. war planners, there is the devastating ripple effect of regional destabilization, which for the most part is entirely dismissed.

What is most significant at this juncture about the wanton act of U.S. aggression against Iraq is that the consequences still rage out of control some 15 years after the very premeditated decision to invade and nearly a decade after power has slipped from the hands of the war's architects.

In the summer of 2001, with his presidency less than a year old, George W. Bush and the Republicans faced a growing opposition that was reaching critical mass. Residual anger from the left over an election that was viewed as illegitimate was spreading to the political center, and the 2002 midterms looked grim for the GOP.

Out of public view, however, there was drama playing out in the nation's capitol that would rock the world. Warnings that a major terrorist attack on U.S. soil was imminent were streaming into U.S. intelligence posts all over the world. Bush and his national security team were warned bluntly on August 6th by CIA director George Tenet. In his report entitled "Bin Laden Determined to Strike in U.S.," Tenet predicted ominously: "The attacks will be spectacular."

For reasons that are now the subject of voluminous analysis, conjecture, and conspiracy theories, Bush and his camp took no meaningful action. Thirty-six days later, on the morning of September 11, 2001, Bush's political problem was canceled. He went in an instant from being an illegitimate president to being a "War President," and overnight his popularity among Americans soared.

While Donald Trump's administration bears little resemblance to that of George W. Bush, or any other previous presidential administration for that matter, he too struggles for legitimacy. The most apparent commonality is that both men ascended to the presidency despite losing the popular election.

Like Bush in 2001, Trump is in deep political trouble. Arguably even greater trouble than Bush. The perception that Trump has, or even might have, loyalties to an adversarial foreign power has set the stage for the most consequential investigation of a president since Watergate and perhaps ever.

That investigation, headed by former FBI director and now special counsel Robert S. Mueller III, shows every indication of being in possession of damning criminal evidence, some of which has already led to formal criminal charges and guilty pleas. To say that Donald Trump is feeling the heat would be a fairly substantial understatement. This is a man who needs a game changer rather urgently.

Enter John Bolton and his dream of war with Iran.

War unites populations. Throughout history, ruthless and opportunistic leaders have used war or the threat of war, time and time again, to solidify their grip on power and neutralize domestic opposition. Newly ascendant national security adviser John Bolton understands this full well, and he has the ear of the commander in chief.

Bolton has been preaching war with Iran for decades. His arguments have never managed to sway a U.S. president sufficiently to commence bombing. Part of his sales pitch to Trump undoubtedly includes a forecast of the political benefits.

Political benefits are the only semi-coherent rationale for entering into an armed conflict with Iran even as the fires from Bush's Iraq mistake still burn. In every other regard -- from the perspective of U.S. and international security, the economy of America and its allies, and the environmental health of the planet -- a U.S. military assault on Iran would be a guaranteed disaster of epic and, like the disaster in Iraq, lasting proportions.

Related Topic(s): Bush; Iran; Iraq; Trump Ego; Wars, Add Tags
Add to My Group(s)
Go To Commenting
The views expressed herein are the sole responsibility of the author and do not necessarily reflect those of this website or its editors.