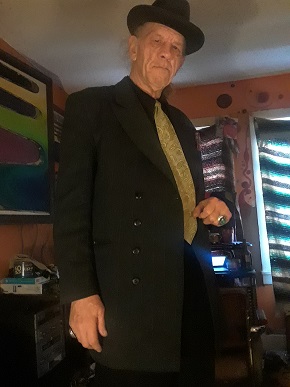 William P. Homans III, waiting for a vaccine
(Image by self)   Details   DMCA

No, Biden Hasn't Won Yet: One More Nightmare Scenario

One part of this scenario, which the author, Prof. Jeremy D. Mayer, cogently relates in Politico, is a little alarmist. Mayer is suggesting that Republicans could somehow get the Senate to sit there for another 12 days-- or more-- of Republican challenges after the January 6 confirmation of the Electoral College results, without the Democrats raising Cain, and the US People too.

And besides that, Mitch McConnell (R-Ky), the Majority Leader, has congratulated Biden on his win, and his second-in-command, John Thune (R-SD), the Republican Whip, has said that it is "time to move on." The GOP Senate held solidly when Trump was being impeached; I figure by that that McConnell has instilled enough discipline to avoid potentially disastrous moves by his Party (he'll have to keep a leash on his Kentucky seatmate Rand Paul...).

Related Topic(s): Election Challenges; Gop Betrayal Of Democracy; Senator Mitch Mcconnell; Senator Ted Cruz; Trumpism; WILL DEMS BLOW IT AGAIN, Add Tags
Add to My Group(s)
Go To Commenting
The views expressed herein are the sole responsibility of the author and do not necessarily reflect those of this website or its editors.