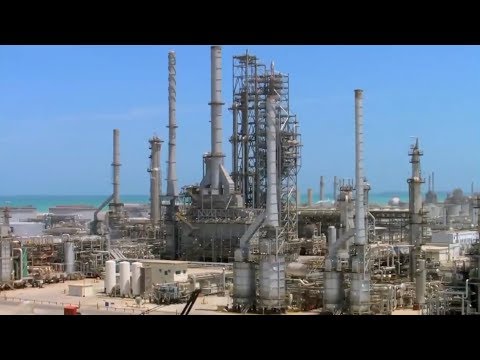 It's hard to get mad at a virus, but it's easy to be enraged by people and institutions that are disregarding the threat it poses in order to further their own profits. Last week, I wrote about how construction is set to resume on the Keystone XL oil pipeline, and how it will, in the process, risk the health of indigenous Americans, by bringing in workers from around the country to remote rural areas. (I didn't know at the time that JPMorgan Chase, the world's biggest fossil-fuel lender, had helped issue a billion-dollar bond to assist.) The same thing is happening in Canada, where tribal chiefs are trying to shut down gas-pipeline construction in British Columbia.

Since the coronavirus took over our global conversation, the Trump Administration has also granted the oil industry the favor of dramatically reducing the mileage standards that the Obama Administration had imposed during the 2009 financial bailout. As public-health researchers pointed out, besides amping up climate change, this will cost at least 10,000 lives through lung damage from increased pollution. In the same vein, the E.P.A. announced that oil companies can keep selling dirtier "winter gas" well into the spring, even though it will create more smog as the temperature rises and, hence, damage people's lungs. The U.S. Pipeline and Hazardous Materials Safety Administration has suspended enforcement of its regulations because somehow, in a nation with rapidly rising unemployment, there's not enough personnel to get the job done. The team at Drilled News has put together the most comprehensive list I've seen of all these rollbacks.

To understand the recklessness of the oil industry's actions, it helps to appreciate its dilemma: on one hand, its product is responsible for climate change, which is the greatest crisis in the history of our species. On the other, its competitors in fields such as wind and solar power can now produce a better product more cheaply. Think about transportation, the main use of oil in the United States. Even without tax incentives, you can buy a new electric vehicle for the average price of a new American car. They cost far less to operate, they have very few moving parts to break, and, according to surveys, drivers like them better than other cars. Or think about home heating: air-source heat pumps can save you 30 percent compared with filling an oil or propane tank. Meanwhile, chefs are increasingly turning off the gas and converting to induction cooktops -- and you can do likewise, at a starting cost of about $50.

This transformation isn't going to happen overnight -- there's a lot of inertia in any system, and especially so in energy systems. The transition from wood to coal, and from coal to oil, took many decades, and the oil industry has been counting on a slow passage this time, too. But the pandemic may actually be upending many of those assumptions. It has cratered demand for oil, obviously, and that has helped drive the price down to almost nothing -- less than nothing, in some cases. In an effort to maintain market share, the Saudis and the Russians decided to engage in a ruinous price war; when Donald Trump announced that he was going to solve it, he forgot to ask American producers, who don't seem to want to join a regime of production cuts. Basic bottom line: as a result of the coronavirus, we may well have seen the peak demand for petroleum on planet Earth.

But the key question for the climate crisis is, in fact, how fast the transition will take place. And the bad news, as we've seen, is that the oil industry still has huge amounts of political juice. So activism will remain crucial.

Bill McKibben is the author of a dozen books, including The End of Nature and Deep Economy: The Wealth of Communities and the Durable Future. A former staff writer for The New Yorker, he writes regularly for Harper's, The Atlantic Monthly, and The (more...)
Related Topic(s): Climate; Corona Virus Coronavirus Covid-19; Investors; Oil; Oil And Gas Fields; Oil Policy, Add Tags
Add to My Group(s)
Go To Commenting
The views expressed herein are the sole responsibility of the author and do not necessarily reflect those of this website or its editors.