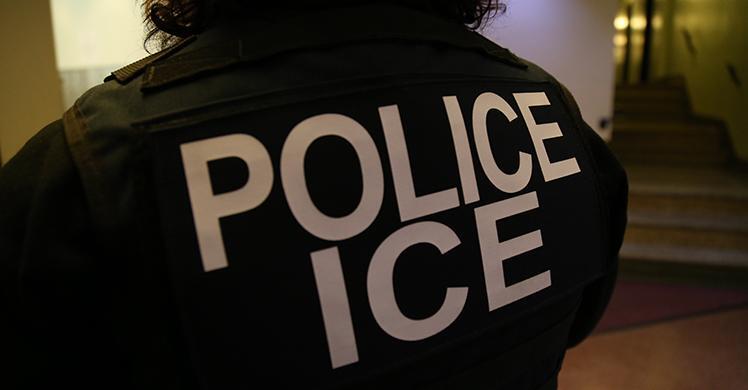 Unidentified Department of Homeland Security (HHS) and U.S. Marshals Service officers have been given carte-blanche to terrorize peaceful protesters and anyone simply walking down the street in Portland, Oregon.

Under the guise of "protecting federal property," camouflaged paramilitary units are abducting people in unmarked vehicles and detaining them without explanation.

Donald Trump has proclaimed he may order more agents to Chicago, New York, Philadelphia, and other major cities in a re-election ploy filed under "law and order."

"The academy is a natural progression from the outreach work we have already been doing with our community. This is an opportunity for the community to get to know our officers, understand our mission, and see firsthand how the agency enforces the federal immigration laws enacted by Congress."

According to an ICE press release:

"The curriculum will include, but is not limited to, classroom instruction, visiting an immigration detention center, learning more about the health care ICE provides to those in its custody, and examining ICE's role in ensuring dignity, respect and due process of an immigration case from start to finish."

Citizens Academy plans to offer "first of its kind scenario-based defensive tactics, firearms familiarization and targeted arrests" in a six-week program slated to begin in September that will "serve as a pilot for nationwide implementation."

"It is outrageous at a time when many are condemning the violence of policing and efforts to defund police are gaining momentum, that ICE would invest in training civilians to embrace and support their criminalizing and dehumanizing agenda. When ICE recruits local police to serve as immigration agents, racial profiling and civil rights abuses persist. Recruiting civilians into ICE missions is similarly problematic, threatening community safety and encouraging vigilantism."

Related Topic(s): Citizens; Community; Fascist State; Immigrants; Immigration; Paramilitary; Training; Undocumented; Violence, Add Tags
Add to My Group(s)
Go To Commenting
The views expressed herein are the sole responsibility of the author and do not necessarily reflect those of this website or its editors.