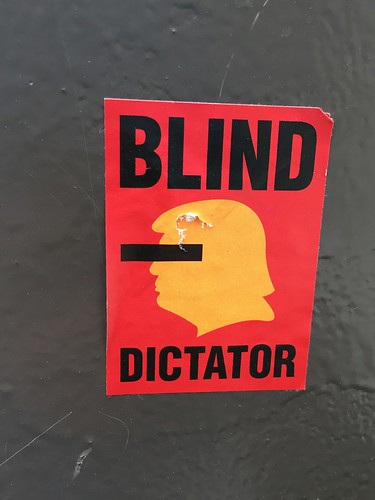 The partisan uproar over the release of the infamous Nunes memo on FBI surveillance MUST be accompanied by the release of Donald Trump's tax returns.

If Trump is to be consistent about openness in government and the public's right to critical information, releasing his tax returns is the least he can do in conjunction with this attack on the FBI.

But of course that would be too much to ask of this White House, which has long since established itself as a fascist regime that hates democracy and is consistent only in its demand for more and more personal power and money for el jefe at the top.

A kleptocracy like this one has just one agenda item -- more cash and crushing ability for the would-be dictator and his inner circle. Zero openness and access for the rest of us.

That's why the fight over this memo has long since entered the realm of the surreal.

The Nunes memo has clearly been doctored since its original appearance before the House Intelligence Committee. There is nothing of real substance in it to implicate corruption at the FBI in terms of Trump's connections to the Russian mafia.

But never mind. The document has a singular purpose, which is to give Donald Trump a pretext to fire Rod Rosenstein, the Deputy Attorney General, who is technically the boss of Robert Mueller, the guy handling the investigation into the Trumputin connections.

Trump was stopped from firing Mueller when he wanted to many months ago. So The Donald wants Rosenstein removed so he can install a flunky who'll do the job.

In other words, Trump is so desperate to stop the investigation into his connections with the Russian mob that he's more than happy to concoct this absurd scenario.

If it doesn't work, by the way, and he finds himself unable to fire Mueller, let's see how long Mueller actually lives. Putin is infamous for eliminating his opposition. Four bullets to the back while walking across a Moscow bridge were a recent prescription for an annoying anti-mob opponent. Is Mueller exempt from such a "remedy?" Don't bet on it.

If there's anything Putin and The Donald hate, it's full disclosure, especially when it comes to the connections between the Trump Junta and the Russian mafia. As David Cay Johnston has reported in his superb book It's Worse Than You Think and elsewhere, La Moscow Cosa Nostra has been funneling money to Trump Inc since the 1980s -- since before the fall of the Soviet Union.

The bottom line is that Trump is a lousy businessman. All flash and no cash. He has repeatedly mishandled the fortune his KKK father left him and been continually in desperate need of hard money. Having burned everyone around him in a business mode, he has gone to the lender of last resort -- a Russian underworld operation with an abiding interest in his media/political assets, rather than his financial ones.

As partial repayment, he's killed the sanctions approved almost unanimously by Congress. Those, as you'll recall, were aimed at discouraging the Russians from stealing our elections, like the one that put Trump in office.

Hmmmm. Is there a conflict of interest here?

Related Topic(s): Donald Trump; Fascist; Investigation; Nunes Memo; Vladimir Putin, Add Tags
Add to My Group(s)
Go To Commenting
The views expressed herein are the sole responsibility of the author and do not necessarily reflect those of this website or its editors.