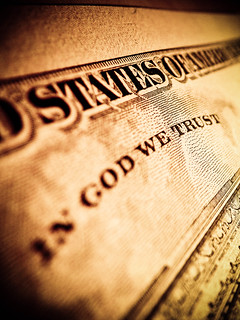 The Obama administration-neocon rush towards a war of some sort against Russia just never stops with the thin-skinned one seeking to avenge a grave injury to his pride and perceived honor. The latest bit of exceptional arrogance directed at taking down President Vladimir Putin is the most dangerous one yet and the blowback could be catastrophic. A horrifying recent article published by The Telegraph describes a new kind of weapon of mass destruction, one that is designed to bring down entire financial systems that not only exists but is likely being given serious consideration by the short-sighted cadre of lunatics running the big red, white and blue asylum. There seems to be a method to the madness of the ongoing babbling about sanctions, particularly those vaguely defined "grave" and "expensive mistake" invoked by Secretary of State John Kerry in threatening Putin.

The article, citing former Bush administration Treasury official Juan Zarate, describes a secret financial aspect to that most anti-American of laws the USAPATRIOT Act. This most kick ass financial club in the bag has been polished by an "elite cell" at the US Treasury Department in what is tabbed as the "Manhattan Project of the 21st Century". What is referred to as "scarlet letters" can be applied to foreign banks deemed by the standard loose definitions to have been involved in money laundering to support terrorist activities. In terms of sheer hypocrisy alone, especially when considering the still unpunished crime spree of domestic economic terrorism directed at millions of Americans by the big Wall Street banks/casinos with their own money laundering schemes this is the proverbial mother of all bad ideas.

The Telegraph article, written by Amrose Evans-Prichard and entitled "US financial showdown with Russia is more dangerous than it looks, for both sides" from which I excerpt:

The United States has constructed a financial neutron bomb. For the past 12 years an elite cell at the US Treasury has been sharpening the tools of economic warfare, designing ways to bring almost any country to its knees without firing a shot.

The strategy relies on hegemonic control over the global banking system, buttressed by a network of allies and the reluctant acquiescence of neutral states. Let us call this the Manhattan Project of the early 21st century.

"It is a new kind of war, like a creeping financial insurgency, intended to constrict our enemies' financial lifeblood, unprecedented in its reach and effectiveness," says Juan Zarate, the Treasury and White House official who helped spearhead policy after 9/11.

"The new geo-economic game may be more efficient and subtle than past geopolitical competitions, but it is no less ruthless and destructive," he writes in his book Treasury's War: the Unleashing of a New Era of Financial Warfare.

Bear this in mind as Washington tightens the noose on Vladimir Putin's Russia, slowly shutting off market access for Russian banks, companies and state bodies with $714bn of dollar debt (Sberbank data).

The stealth weapon is a "scarlet letter", devised under Section 311 of the US Patriot Act. Once a bank is tainted in this way - accused of money-laundering or underwriting terrorist activities, a suitably loose offence - it becomes radioactive, caught in the "boa constrictor's lethal embrace", as Mr Zarate puts it.

This can be a death sentence even if the lender has no operations in the US. European banks do not dare to defy US regulators. They sever all dealings with the victim.

That the US government - particularly the US Treasury which is nothing but a revolving door that spins like a merry-go-round for the likes high finance jackals such as former Goldman Sachs CEO Henry Paulson who engineered the disastrous financial bailout and former NY FED boss Timothy Geithner whose phony stress tests allowed the Wall Street casinos to become bigger and more untouchable - is even contemplating such a serious provocation, one which would be an act of war against a nuclear power is indicative of the systemic delusion and rot and how deep that it goes. The best thing that any emerging power, particularly Russia, China or India can do is to get out of the US based financial and banking system entirely in light of how it has now been weaponized - and they are taking steps to do so which only makes the situation more desperate.

Back to the Telegraph article:

The US Treasury faces a more formidable prey with Russia, the world's biggest producer of energy with a $2 trillion economy, superb scientists and a first-strike nuclear arsenal. It is also tightly linked to the German and east European economies. The US risks endangering its own alliance system if it runs roughshod over friends. It is in much the same situation as Britain in the mid-19th century when it enforced naval supremacy, boarding alleged slave ships anywhere in the world, under any flag, ruffling everybody's feathers.

President Putin knows exactly what the US can do with its financial weapons. Russia was brought into the loop when the two countries were for a while "allies" in the fight against Jihadi terrorism. Mr Putin appointed loyalist Viktor Zubkov - later prime minister - to handle dealings with the US Treasury.

Mr Zarate said the Obama White House has waited too long to strike in earnest, clinging to the hope that Putin would stop short of tearing up the global rule book. "They should take the gloves off. The longer the wait, the more maximalist they may have to be," he said.