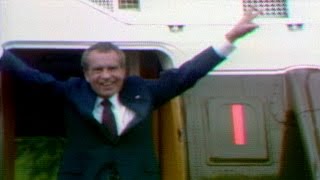 Some political experts doubted that Donald J. Trump would tough it out this long. This, after all, was a very strange man, possibly afflicted by obsessive-compulsive disorder to the point that he even floated the idea of staying in New York.

He moved to Washington. But Trump's dangerous old compulsions remain: Twitter diarrhea. Impulsiveness. Recklessness. He insults adversaries whose cooperation he needs. He's allergic to compromise. Will these character defects destroy him politically in 2018?

The odds of Trump remaining president by the end of next year, I said recently, were significantly less than 50%. I still think that's true. But as noted above, we have a tendency to underestimate this highly inestimable man. The will-Trump-survive question is an equation with many variables.

One thing is clear: "The Resistance," as the left-center political forces aligned against Trump and the Republicans grandiosely call themselves, is a null force. If Trump is forced out of office, it won't have much to do with these Hillary Clinton supporters. The Resistance's street activism peaked out with the Women's March on January 21, 2017. They are, in Trumpspeak, Losers.

Russiagate, the allegation that Putin's government "hacked the election" for Trump, still hasn't risen above the level of a 9/11 Truther conspiracy theory -- not one iota of actual evidence has appeared in the media. (Sorry, so-called journalists, "a source in the intelligence community believes that" is not evidence, much less proof.)

But Russiagate led to the appointment of special counsel Robert Mueller. Mueller's sweeping powers and authority to pursue any wrongdoing he finds regardless of whether or not it's related to Russian interference with the 2016 presidential election has already led to the downfall and flipping of ex-Trump national security advisor Michael Flynn.

Mueller's pet rats may never turn up a smoking-gun connection between Vladimir Putin and Donald Trump. But they likely know where Trump's bodies are buried. In addition to obstruction of justice -- to which Trump de facto pled guilty in one of his insipid tweets -- charges related to sleazy business dealings are a strong possibility. Was/is Trump in deep with Russian oligarchs and corrupt government officials? Perhaps not -- but he's an amoral real estate developer who follows money wherever it leads, including authoritarian regimes where transparency is nonexistent.

Behind every great fortune, Balzac wrote, there is a crime. Trump's cash hoard probably results from many more than a single illegal act.

Impeachment or resignation? Having researched Trump for my 2016 biography, Trump is more likely to give away his fortune to charity than slink away in a Nixonian resignation. His ego is too big; he's too pugnacious. He'd rather get dragged out kicking and screaming -- unless it's part of a deal with Mueller or other feds to avoid prosecution.

So impeachment it would need to be.

But no political party in control of both houses of Congress has ever impeached a sitting president of its own party. And there's another powerful countervailing force protecting Trump from impeachment: Republicans' self-preservation instinct.

GOP lawmakers suffered devastating losses in the 1974 midterm election following Nixon's near-impeachment/resignation. Democrats did OK in 1998, after Bill Clinton was impeached -- but that was an outlier impacted by the biggest boom economy ever.

In the long term, the Republican Party would probably be better off without Trump. But Congressmen and Senators live in the here and now. Here and now, or more precisely in 2018, Republicans know that many of them would lose their jobs following a Trump impeachment.

Despite those considerations, I think that, in the end, House Speaker Paul Ryan, Senate Majority Leader Mitch McConnell and other top Republicans are more likely to calculate that pulling the impeachment trigger is worth the likely losses in the fall.

Related Topic(s): Impeachment; Republican; Resignation; Trump Crime; Trump Ego, Add Tags
Add to My Group(s)
Go To Commenting
The views expressed herein are the sole responsibility of the author and do not necessarily reflect those of this website or its editors.