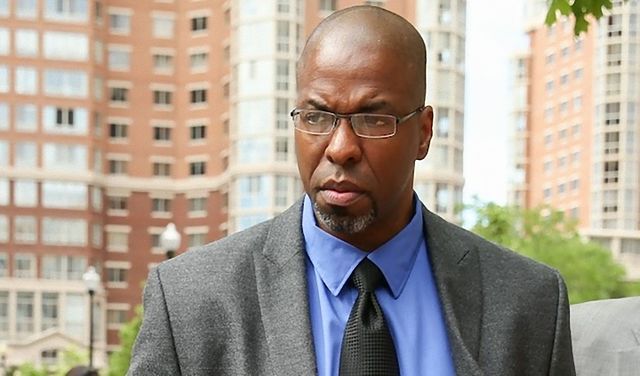 CIA whistleblower Jeffrey Sterling is in trouble. He's not in trouble with prison authorities or with the government, at least not any new trouble. His health is failing, and prison officials are doing nothing about it. Jeffrey has collapsed twice in the past few weeks. He has a history of atrial fibrillation, an irregular heartbeat, and is a candidate for a pacemaker. He has repeatedly sought medical attention in the prison's medical unit. And each time he's been brushed off.

Jeffrey's wife, Holly Sterling, has written Warden Deborah Deneham at the Federal Correctional Institution at Englewood, Colorado, asking that Jeffrey receive the medical treatment necessary. Her pleas have been ignored. Here's what Holly had to say:

There are several concerns regarding the medical attention provided to Mr. Sterling. First, Mr. Sterling has a history of Atrial Fibrillation, which is in his medical chart. Upon entry into the facility on June 16, 2015, a baseline EKG was to be taken. This was never done. Second, if the EKG showed signs of a blockage, but staff stated it was due to electrode placement, does it not warrant that another EKG be administered properly to obtain an accurate reading? How can staff conclude that Mr. Sterling does not indeed have a blocked artery? Third, why was a blood panel not taken at the time of the incident?

On July 25, 2016, Mr. Sterling sent a note to the Health Services Department reporting chest pain, shortness of breath, and lightheadedness. Mr. Sterling was instructed that he had a laboratory appointment on July 27, 2016 at 6 am. At that appointment, Mr. Sterling's blood was taken and he was informed he would be contacted only if there was an issue. Why was a blood panel taken only after Mr. Sterling informed the medical staff of a second instance of potential cardiac issues, and more than a month after the initial reported health issue? Shouldn't Mr. Sterling be provided the results of his blood panel test regardless of whether or not the staff believes "there is an issue"?

Given that Mr. Sterling has now had two episodes, a new EKG needs to be administered correctly by properly trained medical personnel. The results of the EKG and blood panel should be shown and discussed with Mr. Sterling upon completion.

As per the January 26, 2012, Admission & Orientation Handbook, Mr. Sterling has the right to the following:

Mr. Sterling's goal is simply to get the medical care he needs and to which he is entitled. His hope is that this email will result in that occurring. However, if Mr. Sterling's medical needs are not addressed after receipt of this email, his legal team will be consulted for further assistance in this matter and if necessary, Mr. Sterling will file a formal grievance.

Sadly, Jeffrey Sterling's situation is not unique. When I was incarcerated in the Federal Correctional Institution at Loretto, Pennsylvania, for blowing the whistle on the CIA's torture program, the medical unit gave me the wrong diabetes medication, causing me to pass out one morning due to dangerously low blood sugar, and they misdiagnosed a broken finger and denied me treatment, leaving my pinkie mangled and misshapen. Several inmates at Loretto died while I was there, due solely to medical malpractice.

Officers of the U.S. Public Health Service (USPHS) staff medical units in federal prisons. Through my years at the CIA I had periodic occasion to work with several USPHS employees. I found them to be good at their jobs, well-informed, and hard-working. I realized only when I got to prison that only the dregs of the USPHS are sent there. It's a common practice in the federal government: don't fire anybody for incompetence. Just transfer them. That's how federal prison medical units are staffed.

But there's a more immediate problem here. Jeffrey Sterling is in trouble. We have to do something to help him. In my experience at Loretto, publicity was the only thing that forced the bureaucracy to move.

Please write Warden Deborah Deneham at FCI Englewood, 9595 West Quincy Avenue, Littleton, CO 80123 or call at 303-763-4300 and demand that Jeffrey Sterling receive the necessary medical treatment. It may just save his life.

Related Topic(s): Health; Jeffrey Skilling; Medical; Whistleblower, Add Tags
Add to My Group(s)
Go To Commenting
The views expressed herein are the sole responsibility of the author and do not necessarily reflect those of this website or its editors.