"I don't think anyone, in the next month or two months, is planning on doing it [participating] in person." 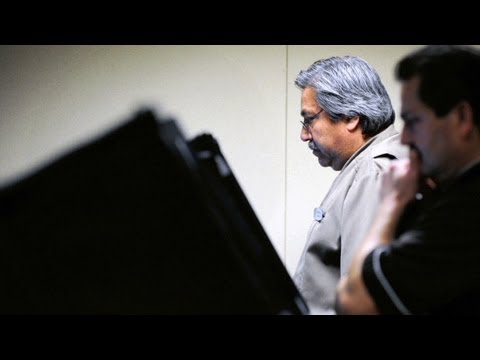 Online voting is emerging as a near-term solution for state political parties to continue party-run 2020 contests in response to the pandemic, a notable contrast with efforts in government-run elections to expand absentee voting.

Democrats in Minnesota, Colorado, Virginia, and Massachusetts and Republicans in Utah have either adopted policies that allow online voting following the outbreak or have been working with consultants to run online elections in the coming weeks.

These elections are not government-run primaries where all voters who turn out cast secret ballots. Rather, they are the next steps in presidential nominating contests, elections to party leadership posts, resolutions and other business.

"Last night, an emergency meeting of the Minnesota DFL [Democratic Farmer Labor] Party Executive Committee made the decision to move local convention activities away from in-person meetings and tele-conventions, and instead conduct party business via an online balloting system," a March 17 statement by the Minnesota DFL said.

Colorado Democratic "Governor [Jared] Polis signed an executive order and House Bill" [that] allows delegates to vote by email, mail, telephone or app," a March 17 press release said. The bill also "allows an individual who is physically present to carry up to five proxies [for voters not present], and allows the [state] party to reduce the number of participants required for quorum."

The Democratic Party of Virginia was studying options that included electronic voting for its upcoming contests, said Virginia-based attorney Frank Leone, who also sits on the Democratic National Committee's Rules and Bylaws Committee, the panel that oversees its presidential nominating contests.

"I don't think anyone, in the next month or two months, is planning on doing it [participating] in person," he said. "We've got caucuses in April that we are not going to do, although I think we have some ways around it. We have district conventions in May. We are thinking of doing those remotely and then various ways to address the state convention."

"I think everybody is trying to figure out ways to do this without having more than 10 people in a room," he said.

Democrats in Massachusetts and Republicans in Utah were considering using a smartphone-based app, developed by Voatz (which Massachusetts has previously used). While longtime opponents of online voting have criticized the Voatz app as untrustworthy, a half-dozen state parties -- mostly Republican -- may soon use it, a company executive said without naming all of the states.

The emergence of online voting options in party contests would raise eyebrows in election policy circles under more normal circumstances, as opponents have been wary of any use of this technology that could validate it for state-run elections.

For example, a pressure campaign has been unfolding in Puerto Rico, where a bill awaiting the governor's signature would phase in internet voting as a part of a response to recently destructive hurricanes. Opponents are urging a veto.

Government-run elections are not the same as party contests. State-run elections are more regulated, including requiring state or federal certification of the voting systems. Party contests are less so and may not even require secret ballots. They share features with elections for other non-governmental entities, such as labor unions, corporate shareholders or even the Academy Awards.

Steven Rosenfeld  covers democracy issues for AlterNet. He is a longtime print and broadcast journalist and has reported for National Public Radio, Monitor Radio, Marketplace,  TomPaine.com  and many newspapers. (more...)
Related Topic(s): Congress; Corona Virus Coronavirus Covid-19; Elections; Online; Voting; Voting Results, Add Tags
Add to My Group(s)
Go To Commenting
The views expressed herein are the sole responsibility of the author and do not necessarily reflect those of this website or its editors.