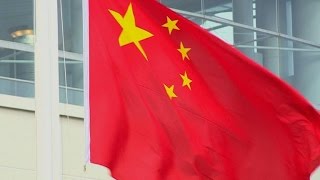 Chinese scholar Lanxin Xiang has written a book, The Quest for Legitimacy in Chinese Politics, that is arguably the most extraordinary effort in decades trying to bridge the East-West politico-historical divide.

It's impossible in a brief column to do justice to the relevance of the discussions this book inspires. Here we will highlight some of the key issues -hoping they will appeal to an informed readership especially across the Beltway, now convulsed by varying degrees of Sinophobia.

Xiang delves right into the fundamental contradiction: China is widely accused by the West of lack of democratic legitimacy exactly as it enjoys a four-decade, sustainable, history-making economic boom.

He identifies two key sources for the Chinese problem: "On the one hand, there is the project of cultural restoration through which Chinese leader Xi Jinping attempts to restore 'Confucian legitimacy' or the traditional 'Mandate of Heaven'; on the other hand, Xi refuses to start any political reforms, because it is his top priority to preserve the existing political system, i.e., a ruling system derived mainly from an alien source, Bolshevik Russia."

Ay, there's the rub: "The two objectives are totally incompatible."

Xiang contends that for the majority of Chinese -- the apparatus and the population at large -- this "alien system" cannot be preserved forever, especially now that a cultural revival focuses on the Chinese Dream.

Needless to add, scholarship in the West is missing the plot completely -- because of the insistence on interpreting China under Western political science and "Eurocentric historiography". What Xiang attempts in his book is to "navigate carefully the conceptual and logical traps created by post-Enlightenment terminologies".

Thus his emphasis on deconstructing "master keywords" -- a wonderful concept straight out of ideography. The four master keywords are legitimacy, republic, economy and foreign policy. This volume concentrates on legitimacy (hefa, in Chinese).

When law is about morality

It's a joy to follow how Xiang debunks Max Weber -- "the original thinker of the question of political legitimacy." Weber is blasted for his "rather perfunctory study of the Confucian system." He insisted that Confucianism -- emphasizing only equality, harmony, decency, virtue and pacifism -- could not possibly develop a competitive capitalist spirit.

Xiang shows how since the beginning of the Greco-Roman tradition, politics was always about a spatial conception -- as reflected in polis (a city or city-state). The Confucian concept of politics, on the other hand, is "entirely temporal, based on the dynamic idea that legitimacy is determined by a ruler's daily moral behavior."

Related Topic(s): China; Chinese Central Committee; Chinese President Xi Jinping; Marxism; Revolution, Add Tags
Add to My Group(s)
Go To Commenting
The views expressed herein are the sole responsibility of the author and do not necessarily reflect those of this website or its editors.