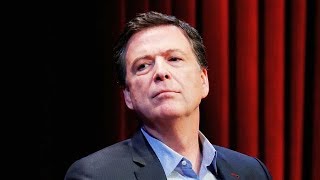 When Donald Trump threatened the power and profit of the military/security complex by stating his intention to normalize US relations with Russia, the military/security complex attempted to assassinate him politically with the Russia-gate hoax pushed by CIA director John Brennan, FBI director James Comey, special prosecutor Mueller, CNN, the New York Times, the Washington Post, NPR, the Obama Justice (sic) Department, House Democrats, and the Democratic National Committee. This was the most massive conspiracy in American history, the intent of which was a coup against the elected president of the United States in order to terminate his presidency.

Almost all of the participants in this conspiracy against democracy knew that they were participating in a conspiracy against democracy and the American people, but they did not care. For them, their hatred of Trump was far more important than mere democracy. In America, hate is a far more powerful motivating force among the "liberal, progressive, left" than the preservation of a rule of law, democracy and accountable government.

The US military/security complex, having successfully and visibly overthrown so many foreign governments without ever being held accountable, thought overthrow would be just as easy to do at home. As insouciant Americans had fallen for the Vietnam war, 9/11, Saddam Hussein's "weapons of mass destruction," Iranian nukes, the propaganda against Gaddafi, "Assad's use of chemical weapons," "Russian invasion of Ukraine," "Maduro starving his own people," the gullibility of the American people was a proven fact. The military/security complex saw no problem in convincing Americans that the president they had elected was a Russian agent.

The question is, as I asked some time ago, whether Trump's establishment government, which does not really stand by him, will succeed in convincing Trump to "move on" and not punish those who tried to overthrow him.

The chances of Trump making such a fatal mistake -- a mistake that will totally destroy accountable government -- are much higher than we might think. Leaders even more threatened than Trump have made the mistake of "moving on." For example, when the CIA and the elite Spanish rulers of Venezuela overthrew Hugo Chavez as president of Venezuela in 2002, he was rescued by the people and the army before the Americans could kill him. Back in power, he "moved on" and brought no action against those who overthrew him and intended to kill him. Consequently, the treacherous scum are still in place in Venezuela and are attempting to overthrow, with Washington's help, Chevez's legitimate successor, President Muduro.

Muduro is repeating Chavez's mistake. The CIA puppet who declared himself President of Venezuela and participated overtly with Washington in a coup attempt against Maduro has been given a free pass by Maduro, who has "moved on."

Politicians who are so stupid as to allow extreme criminal actions against democracy to go unpunished destroy democracy and bring about their own overthrow. Will Trump be one of them?

Related Topic(s): Comey Book; Comey Firing; Democracy; Russia-gate, Add Tags
Add to My Group(s)
Go To Commenting
The views expressed herein are the sole responsibility of the author and do not necessarily reflect those of this website or its editors.