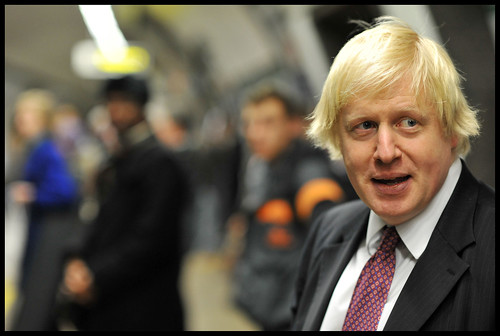 Given the media representation of Boris Johnson, it might come as a surprise to learn a few things about his cabinet. It is the largest, at 33 members, and most diverse in recent history. Theresa May had 27, Margaret Thatcher only 22 ministers. The issue the 'leavers' pushed in the referendum on whether Britain should stay in the EU was immigration. Hence the astonishment in discovering that BoJo's cabinet has more BAME (Black, Asian, Minority, Ethnic) members than any other.

Sajid Javid (former investment banker with bus-driver father) has come a long way. The new Chancellor of the Exchequer (Treasury Secretary) will live at No.11 next door to 10 Downing Street, the Prime Minister's residence. In his journey, he is now strongly anti-union, prefers employment and dismissal at the behest of employers with no employee safeguards.

Priti Patel is the new Home Secretary. Pro-Brexit and like Javid a great friend of Israel, she also wants to bring back hanging. Munira Mirza heads the No.10 Policy Unit. So whatever happened to minorities in the Labor Party? David Lammy MP who has represented Tottenham since 2000 says 'the whites who run my party [Labor] need to explain why I am not on the front bench.' Is the non-white vote still for Labor? Perhaps not. They are discovering what the Democrats learned in the age of Trump. Minorities and have-nots are getting tired of being taken for granted.

Or is it the gritty aspects of global capitalism with capital mobility that is fueling populism. The best returns are no longer within advanced economies and capital follows the highest profits. Strong independent leadership devoid of parochial interests and election funding obligations could be one answer.

To ease his no-deal Brexit, Boris has chopped up the time for debate by suspending parliament for about a month in this session (called prorogation). MPs return on Sept 3 and parliament will be shutting down the following week. When it reconvenes on October 14, they will have just two weeks to organize opposition to the no-deal Brexit. The rather obvious attempt to thwart opposition has resulted in demonstrations outside parliament to no avail.

The consequences for Northern Ireland can be drastic. There is now no customs barrier between north and south. A no-deal Brexit will impose one. Southern Ireland or Eire was a poor country when it joined the EU; it is now one of the wealthiest, and the open border to goods and labor has meant Northern Ireland got to share in the prosperity -- not to mention the Good Friday Agreement and the end of conflict. Closing the border has the potential to reignite it.

Both Scotland and Northern Ireland voted heavily on the 'remain' side. Therefore, the overall 'leave' decision for the whole country gives strong impetus for autonomy. We already have Hadrian's wall about 73 miles long, almost at the border and still standing in many parts after nearly two millennia. Boris can add to it after Scottish independence. And he can build the Boris Barrier in Ireland. But most likely the Irish will prefer autonomy as well and keep the border open.

In that event, will Boris be the last Prime Minister of a united United Kingdom?

Arshad M Khan is a former Professor. Educated at King's College London, Oklahoma State University and the University of Chicago, he has a multidisciplinary background that has frequently informed his research. He was elected a Fellow of the (more...)
Related Topic(s): Boris Johnson; Immigration; Policy, Add Tags
Add to My Group(s)
Go To Commenting
The views expressed herein are the sole responsibility of the author and do not necessarily reflect those of this website or its editors.