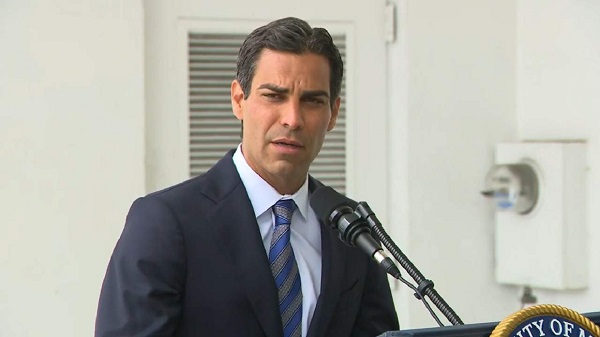 An Israeli diplomat filed a complaint last week with police after he was pulled to the ground in Jerusalem by four security guards, who knelt on his neck for five minutes as he cried out: "I can't breathe."

There are obvious echoes of the treatment of George Floyd, an African-American killed by police in Minneapolis last month. His death triggered mass protests against police brutality and reinvigorated the Black Lives Matter movement. The incident in Jerusalem, by contrast, attracted only minor attention - even in Israel.

An assault by Israeli security officials on a diplomat sounds like an aberration - a peculiar case of mistaken identity - quite unlike an established pattern of police violence against poor black communities in the US. But that impression would be wrong.

The man attacked in Jerusalem was no ordinary Israeli diplomat. He was Bedouin, from Israel's large Palestinian minority. One fifth of the population, this minority enjoys a very inferior form of Israeli citizenship.

Ishmael Khaldi's exceptional success in becoming a diplomat, as well as his all-too-familiar experience as a Palestinian of abuse at the hands of the security services, exemplify the paradoxes of what amounts to Israel's hybrid version of apartheid.

Khaldi and another 1.8 million Palestinian citizens are descended from the few Palestinians who survived a wave of expulsions in 1948 as a Jewish state was declared on the ruins of their homeland.

Israel continues to view these Palestinians - its non-Jewish citizens - as a subversive element that needs to be controlled and subdued through measures reminiscent of the old South Africa. But at the same time, Israel is desperate to portray itself as a western-style democracy.

So strangely, the Palestinian minority has found itself treated both as second-class citizens and as an unwilling shop-window dummy on which Israel can hang its pretensions of fairness and equality. That has resulted in two contradictory faces.

On one side, Israel segregates Jewish and Palestinian citizens, confining the latter to a handful of tightly ghettoised communities on a tiny fraction of the country's territory. To prevent mixing and miscegenation, it strictly separates schools for Jewish and Palestinian children. The policy has been so successful that inter-marriage is all but non-existent. In a rare survey, the Central Bureau of Statistics found 19 such marriages took place in 2011.

The economy is largely segregated too.

Job opportunities are concentrated instead in low-paying service industries and casual labour. Two thirds of Palestinian children in Israel live below the poverty line, compared to one fifth of Jewish children.

This ugly face is carefully hidden from outsiders.

On the other side, Israel loudly celebrates the right of Palestinian citizens to vote - an easy concession given that Israel engineered an overwhelming Jewish majority in 1948 by forcing most Palestinians into exile. It trumpets exceptional "Arab success stories", glossing over the deeper truths they contain.

Related Topic(s): Assault; Citizenship; Diplomacy; Diplomats; Israel; Israel And Palestine; Israeli Apartheid; Israeli Government; Israeli Racism; Israeli Settlements; (more...) Israeli_Propaganda; Israelification; Racism, Add Tags  (less...)
Add to My Group(s)
Go To Commenting
The views expressed herein are the sole responsibility of the author and do not necessarily reflect those of this website or its editors.