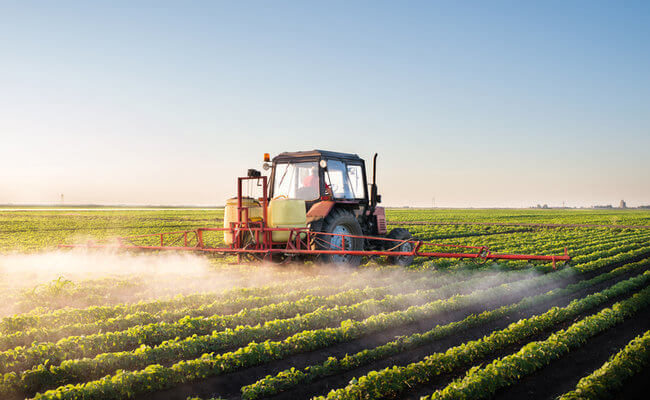 (Image by geneticliteracyproject.org)   Details   DMCA
When they issued a blockbuster $289 million verdict in the autumn of 2018, a California jury was saying what many in the environmental, agricultural and business communities have long known to be true as a company, Monsanto is not to be trusted. For most observers of agriculture and commerce, this comes as no surprise. The St. Louis-based agrochemical giant has for decades been at the center of scandalssurrounding artificial sweeteners, genetically modified crops, growth hormone and the company's Draconian treatment of farmers.

But it's the company's production and popularization of Roundup, the most widely used weed killer in the American agricultural system, that presents the scariest, and perhaps most impactful, potential danger Monsanto has ever posed. That's because while that California jury last year agreed that Roundup caused a man to develop terminal cancer, the jury members were also convinced by evidence that Monsanto knew for decades that Roundup and glyphosate, the active ingredient in the herbicide, caused cancer. So while there, rightfully, are questions that should be asked about this potential cover-up, there's a far more fundamental public health question here: How many Americans were exposed to potentially dangerous levels of a cancer-causing weed killer, and for how long?

The sad and disturbing truth is that we will never know the answers to those questions.

According to U.S. Geological Survey data, more than 280 million pounds of glyphosate were used in agricultural production in the 48 contiguous states in 2016, the most recent year for which data is available. This represents a 1,900 percent increase in the amount of glyphosate use reported in 1992, the year after the U.S. Environmental Protection Agency reversed its position on whether glyphosate was a cancer-causing agent.

While 289 million pounds is a staggering figure, that's only the glyphosate used in farming operations and doesn't cover the undoubtedly millions of gallons that are used for non-agricultural purposes, such as being sprayed on residential lawns or in public spaces, as the plaintiff in last year's trial did. The former school groundskeeper was 42 years old when he was diagnosed with what his doctors believe is terminal non-Hodgkin lymphoma. Not only did DeWayne Johnson regularly use Roundup for work, but an accident on the jobone day left him fully saturated by the chemical.

We know how much glyphosate is being used in farming, but we also know, thanks to a growing body of scientific evidence, that the safety of Roundup and glyphosate is, to put it mildly, questionable. While the EPA no longer classifies glyphosate as a carcinogen, both the state of California and the World Health Organization's International Agency for Research on Cancer do, and dozens of academic studies tie glyphosate to cancerand other serious illnesses. We also know that Monsanto and its parent company, Bayer AG, are facing nearly 12,000 more lawsuits over Roundup's risks.

The thing we don't know and the thing we likely won't ever know is just how many of our neighbors have been exposed to glyphosate without their knowledge or consent. That's because this possibly deadly chemical has been found in study after study, even the U.S. government's own research, to have made its way into the food supply.

Glyphosate residue has been detected in breakfast cereals , oatmeal and orange juice . It's been discovered in snack bars and granola. It's even been found in beer and wine. The U.S. Food and Drug Administration only began testing for glyphosate in 2016 because before that, the agency had not developed a test that would even detect the substance. But in its first testing for glyphosate, the FDA found traces of the chemical present in nearly half of the hundreds of food samples it tested, including corn and soybeans.

We know how much glyphosate has been used to kill weeds in agriculture, and we know how many tests have shown that glyphosate is present in varying degrees in our food. We know that contemporary science is increasingly tying Roundup and glyphosate to cancer and other serious illnesses. We know from our decades of experience with Monsanto that this company is not the good corporate citizen it presents to the public. You only need to look as far as Monsanto's attacks on farmers for proof of that. Evidence presented to the California jury last year alleged that not only did Monsanto ignore science that said Roundup was dangerous but that the company unduly influenced researchers and academic journals in an effort to paint glyphosate as completely harmless for humans.

Glyphosate kills weeds, and it may well kill people. The arguments presented by Monsanto are, at best, tainted best by the company's greed and spotty reputation and, at worst, evidence of outright fraud or negligence so grotesque that it conjures images of tobacco executives testifying before Congress.

While several more trials are underway or set to commence this year in which users of Roundup claim they became sick, including developing cancer, we already have reached a tipping point with glyphosate. We know enough about Monsanto to know that there simply is no end to how far this company will go for profit and because of that, the public health crisis that this company has unleashed is impossible to quantify. And that's what's scariest. Monsanto's ruthless efficiency, its unethical business practices and its product's centrality to American agriculture mean that the widespread effects of glyphosate are virtually inescapable.

Michael Bennett is Editor-in-Chief of WeedKillerCrisis. Since 1999, he's worked across a multitude of areas of consumer protection including defective products, environmental issues, identity theft, predatory lending and more.
Related Topic(s): Monsanto; Monsanto Bayer Merger; Monsanto Mafia, Add Tags
Add to My Group(s)
Go To Commenting
The views expressed herein are the sole responsibility of the author and do not necessarily reflect those of this website or its editors.