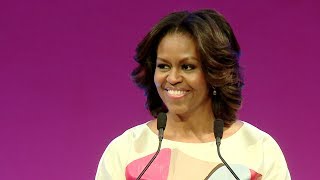 The path forward for the Democrats is clear. They need to accept responsibility for their humiliating defeat to Donald Trump and move on. That means they need to stop passing the buck and make a solid effort to reconnect with the millions of disillusioned ex-Dems in the center of the country who either didn't vote, because they couldn't stand Hillary, or switched sides to vote for Trump. These are the people the Dems need to lure back into the fold if they expect to be competitive in the future. If they can't do that, the party is doomed. It's that simple.

Check out this excerpt from an article by Democratic pollster, Stanley Greenberg at The American Prospect. Greenberg helps to zero-in on the key issue that cost Hillary the election:

This is great analysis. It helps to pinpoint the root-cause of the Dem's troubles which can be traced back to a tone-deaf party leadership that failed to craft a message that would rally their working-class base. They didn't do that. They didn't address bread and butter issues of economic security and standards of living which have steadily eroded under the blinkered misrule of Barack Obama. Instead they launched a pathetic public relations campaign aimed at persuading everyone that things were just hunky dory. Not surprisingly, no one was taken in by the ruse. Here's more from Greenberg:

"Working-class Americans pulled back from Democrats in this last period of Democratic governance because of President Obama's insistence on heralding economic progress and the bailout of the irresponsible elites, while ordinary people's incomes crashed and they continued to struggle financially.

"In what may border on campaign malpractice, the Clinton campaign chose in the closing battle to ignore the economic stress not just of the working-class women who were still in play, but also of those within the Democrats' own base, particularly among the minorities, millennials, and unmarried women." (The American Prospect)

Exactly right! Clinton chose to shrug off the suffering taking place right under her nose and, as a result, got her head handed to her. Whose fault is that?

She traipsed from one venue to the next, touting the "recovery" while the wretched economy continued to sputter along at a lousy 2 percent GDP, health care costs continued to skyrocket, and the good-paying jobs vanished altogether. Meanwhile, her pal, Obama, did absolutely nothing. He didn't lift a finger to boost government spending, launch a second round of fiscal stimulus, or implement his grandiose infrastructure plan. Nothing. He ushered in an eight-year period of falling incomes, higher personal debts, eviscerated household balance sheets and nearly-universal economic uncertainty. This is the dismal economic record that Hillary decided to run on. Is it any wonder why she lost to the most unqualified, least trustworthy, farthest right-wing candidate in American history?

Just because Obama's personal approval ratings remained high, doesn't mean that people wanted another eight years of his penny-pinching deficit reduction and grinding economic strangulation. No way. What they wanted was the change they were promised in 2008, but never got. Here's more from Greenberg:

"(Past supporters) pulled back because of the Democrats' seeming embrace of multinational trade agreements that have cost American jobs. The Democrats have moved from seeking to manage and champion the nation's growing immigrant diversity to seeming to champion immigrant rights over American citizens'. Instinctively and not surprisingly, the Democrats embraced the liberal values of America's dynamic and best-educated metropolitan areas, seeming not to respect the values or economic stress of older voters in small-town and rural America. Finally, the Democrats also missed the economic stress and social problems in the cities themselves and in working-class suburbs." (The American Prospect)

Americans have had it up to here with free trade. It's all a public relations hoax aimed at enriching a few fatcat corporate honchoes at the expense of people who actually work for a living. Everyone knows that, just like they know that Hillary was a free trade proponent before she pulled the old switcheroo. Her vacillating position on trade just underscored her abject phoniness on any issue of substance. The woman would say anything if she thought it would win her a couple of votes.

Hillary wanted her supporters to believe that the whole center of the country was loaded with racist, misogynist, homophobic, gun-toting, Bible-thumping zombies whose mere presence should offend prosperous, educated liberals whose enlightened views on global warming and transgender bathrooms would lead the country to a new cultural renaissance. Got that? Turns out, many of Hillary's Deplorables used to be Democrats before the party affixed itself leech-like to the Wall Street banks, the tech giants and the big weapons manufacturers. The more cozy the Dems got with the corporate giants, the more working people got thrown under the bus, until now the entire center of the country -- from North Carolina to Idaho -- is blood-red GOP territory, a clear sign that the Dems no longer speak the language of working people, in fact, they look down their noses at them.

If the Democratic Party is the party of working people then how did a bloviating, billionaire casino magnate win the election? The election results prove that whatever the Dems are selling, working people ain't buying.

So now the Dems have decided that they're going to abandon their platform altogether and morph into the "We're not Donald Trump Party." That, they think, is the fast-track back to the White House and another undeserved eight years of executive power.

Related Topic(s): 2020 Elections; Democrats DNC; Michele Obama; President, Add Tags
Add to My Group(s)
Go To Commenting
The views expressed herein are the sole responsibility of the author and do not necessarily reflect those of this website or its editors.