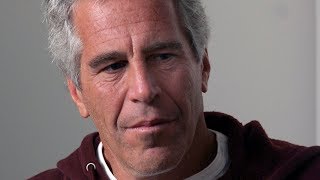 A prominent article published in the Washington Post Thursday exposes the systematic violation of prison rules governing the detention of multimillionaire sex trafficker Jeffrey Epstein during the period immediately preceding his death on August 10.

Reporter Devlin Barrett writes: "At least eight Bureau of Prisons staffers knew that strict instructions had been given not to leave multimillionaire sex offender Jeffrey Epstein alone in his cell, yet the order was apparently ignored in the 24 hours leading up to his death, according to people familiar with the matter."

His report continues: "The fact that so many prison officials were aware of the directive -- not just low-level correctional officers, but supervisors and managers -- has alarmed investigators assessing what so far appears to be a stunning failure to follow instructions, these people said."

This language is quite extraordinary, suggesting that Post reporters have reason to believe that the security failure has no legitimate explanation, and may have been the result of concerted action to leave Epstein exposed and vulnerable.

The report continues, "Investigators suspect that at least some of these individuals also knew Epstein had been left alone in a cell before he died, and they are working to determine the extent of such knowledge ..."

In other words, numerous prison officials, including some in authority, were aware that Epstein -- on suicide watch from July 23 to July 29 -- was alone in a cell, in violation of rules governing at-risk prisoners. (Other press accounts claim that his cellmate was granted bail on Friday, August 9, and released from custody, leaving Epstein by himself.)

Epstein was found dead in his cell the following morning, at 6:30 a.m. on Saturday, August 10. During that night, the two guards assigned to check in on him every 30 minutes did not do so. Both were said to have been asleep for some or all of that night, rather than standing watch.

The two guards reportedly falsified the logs to show that they had checked on Epstein as required, but these logs were contradicted by video evidence from a surveillance camera monitoring the hallway outside his cell.

Investigators from the FBI and the inspector-general of the Department of Justice have taken possession of the videotapes, but have released no information about what they show, including whether there were any unauthorized visitors to Epstein's cell the night he died.

The Post report suggests misconduct on a scale so staggering that it leaves little doubt that Epstein was either murdered or allowed to commit suicide, with the former far more likely. It defies belief that so many Bureau of Prisons employees, including managers and supervisors, could have each independently decided to ignore the rules for handling the most notorious prisoner then in federal custody.

Epstein had been arrested July 6 at Teterboro Airport in New Jersey, and was being held on sex-trafficking charges that carried a possible sentence of 45 years in prison. The nature of the charges, combined with his vast wealth and his connections in high places -- including to Donald Trump, Bill Clinton, Prince Andrew of England, and Saudi Crown Prince Mohammed bin Salman -- ensured maximum television and tabloid publicity for the case.

Many powerful people feared exposure if Epstein were brought to trial, and there is ample evidence that he was preparing an aggressive and highly publicized defense rather than attempting a plea bargain that would have swept the case under the rug. Epstein was meeting with his lawyers for as many as 12 hours a day, and they have described his demeanor as anything but downcast or suicidal. (Epstein denied that he had attempted suicide July 23, claiming he was the victim of an assault by a cellmate).

Under these circumstances, the real question is why the bulk of the American media, spearheaded by the New York Times, has chosen to swallow the claim of "suicide" and denounced any questioning of the official verdict as a "conspiracy theory." Epstein was killed in downtown Manhattan, only a few miles from Times Square. But most of the reports exposing new evidence in the case have come in the pages of the Washington Post, while the Times has published lengthy reports -- such as a front-page account in its edition of Sunday, August 19 -- which could be summed up as "nothing to see here, move along please."

It is worth recalling that when Epstein was first arrested, the Times editorialized against making a political issue out of his kid-glove treatment during his first sex-crimes prosecution in 2008. The editorial urged congressional Democrats to stay away from Epstein, although the US Attorney who had recommended a token 13-month sentence in 2008 -- with six days out of seven on work-release to run his financial empire -- was Alex Acosta, chosen by Trump as his secretary of labor.

Patrick Martin writes for the World Socialist Website (wsws.org), a forum for socialist ideas & analysis & published by the International Committee of the Fourth International (ICFI).
Related Topic(s): Death; Jeffery Epstein; Prisoners; Suicide; Video, Add Tags
Add to My Group(s)
Go To Commenting
The views expressed herein are the sole responsibility of the author and do not necessarily reflect those of this website or its editors.