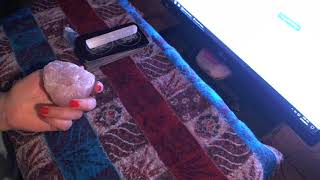 Russian gun rights activist and graduate exchange student Maria Butina was sentenced to 18 months in prison last week for "conspiracy to act as a foreign agent without registering." Her "crime" was to work to make connections among American gun rights activists in hopes of building up her organization, the Right to Bear Arms, when she returned to Russia.

She was not employed by the Russian government nor was she a lobbyist on Putin's behalf. In fact the Putin Administration is hostile to Russian gun rights groups. Nevertheless the US mainstream media and Trump's Justice Department are treating her as public enemy number one in a case that will no doubt set the dangerous precedent of criminalizing person-to-person diplomacy in the United States.

The Foreign Agent Registration Act (FARA) was passed in 1938 under pressure from the FDR Administration partly to silence opposition to the US entry into World War II. While a handful of cases were prosecuted during the war, between 1966 and 2015 the Justice Department only brought seven FARA cases for prosecution.

Though very few cases have been brought on FARA violations, one of them was against Samir Vincent, who was paid millions of dollars by Saddam Hussein to lobby for sanctions relief without registering. He got off with a fine and "community service."

Millions of dollars in unregistered payments from Saddam Hussein gets no jail time, while Butina gets 18 months in prison for privately promoting a cause most Americans support! How is this justice?

The US Justice Department is not even as tough on illegals who commit capital crimes in the US!

Unfortunately Maria Butina was in the wrong place at the wrong time. With the rise of the "Russia-gate" hysteria, Butina's case was seen as a useful tool by Democrats to push the idea that President Trump was put into office by the Russians. Plus, many of them are also hostile to our Second Amendment and to the National Rifle Association. So it was a perfect storm for Butina.

Sadly, conservatives are mostly silent on this miscarriage of justice. They are also caught up in the idea that America can only be great if it goes abroad seeking monsters to destroy.

Also, a new Cold War is very profitable to the military industrial complex and Butina serves an important propaganda purpose. The media is an all-to-willing participant in this farce.

Even though Trump has been exonerated by a Mueller investigation that didn't even view the Butina case as worth investigating, the President has been silent on her persecution. This is similar to his sudden silence on Wikileaks now that Julian Assange may be facing an eternity in a US supermax prison.

As author James Bamford wrote recently in an excellent New Republic article on the Butina case, the national security agencies are also eager to get another notch in their belts and the Russian gun activist was low-hanging fruit for their ambitions.

Non-interventionists believe strongly in citizen-to-citizen diplomacy as a way of avoiding war and conflict overseas. Exchange students, international business ventures, tourism, and just communicating with others is such an important way to thwart the plotting of the warmongers who lurk in all governments.

I am saddened to see that the United States has made such a hostile move toward peaceful foreign citizens seeking friendship with Americans. When citizens are no longer allowed to engage in diplomacy, we are left with only the state. And the state loves war.

Related Topic(s): Activist; Jail; Maria Butina; Propaganda; Prosecution; Russia-gate; Sentenced; Vladimir Putin; Warmongers, Add Tags
Add to My Group(s)
Go To Commenting
The views expressed herein are the sole responsibility of the author and do not necessarily reflect those of this website or its editors.