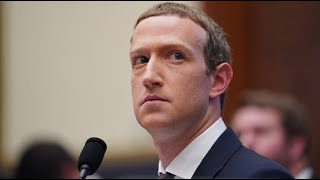 Facebook CEO Mark Zuckerberg has been on a GOP charm offensive, and it seems to be working for the social media behemoth as it makes its allegiance to the Republican Party more open. In the days preceding his latest testimony before Congress, Zuckerberg had been "hosting a series of dinners with conservative journalists, right-wing celebrities, and at least one Republican lawmaker, Sen. Lindsey Graham, who grilled Zuckerberg about Facebook's market dominance when he testified in a Senate hearing last year," Politico reported. Among those who attended the conservative-only dinners at Zuckerberg's home were Fox News' Tucker Carlson, the Daily Wire's Ben Shapiro, radio host Hugh Hewitt, Guy Benson of Townhall, and Byron York of the Washington Examiner. All of them function as public apologists for Donald Trump, who has spent years bullying Facebook for supposedly trying to "censor" conservative voices.

Facebook's reward for that outreach effort came last week when "Republican members of the committee were generally more supportive of Mr. Zuckerberg," when he appeared before Congress, The New York Times reported.

Indeed, Facebook's political transformation from a quasi-progressive outpost that revolutionized information sharing into a bullied GOP lapdog now seems complete, as the company gives Republicans a green light to use the social media platform to lie their way through Trump's re-election campaign next year and create a sea of online disinformation. "Facebook is actively helping Trump spread lies and misinformation," Elizabeth Warren warned this month. "Facebook already helped elect Donald Trump once. They might do it again -- and profit off of it."

There's no question about the profit part. "Trump's reelection campaign is far outspending other candidates on Facebook ads and boosted posts -- to the tune of more than $20.7 million between May 2018 and October 2019, more than all the Democratic presidential candidates combined," Slate reports.

Here's why Facebook now comes across as a digital errand boy for Republican campaigns: It's because the Republican Party today revolves around telling lies. And it's not a bug -- it's a feature.

Related Topic(s): Bias; Facebook; Lies; Media; Republican; Trump, Add Tags
Add to My Group(s)
Go To Commenting
The views expressed herein are the sole responsibility of the author and do not necessarily reflect those of this website or its editors.