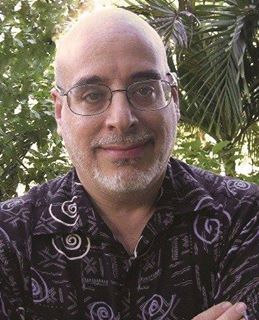 Author of 26 books, Adam-Troy Castro is a Hugo, Stoker, Nebula, World Fantasy Award Nominee, who posted this brilliant gem on Facebook. It quickly went mega-viral (some reposted versions appeared with correct attribution to him, some, apparently without. Castro certainly deserves credit!):

The serious answer: Here's what we really think about Trump supporters - the rich, the poor, the malignant and the innocently well-meaning, the ones who think and the ones who don't...

That when you saw a man who had owned a fraudulent University, intent on scamming poor people, you thought "Fine."

That when you saw a man who had made it his business practice to stiff his creditors, you said, "Okay."

That when you heard him proudly brag about his own history of sexual abuse, you said, "No problem."

That when he made up stories about seeing Muslim-Americans in the thousands cheering the destruction of the World Trade Center, you said, "Not an issue."

That when you saw him brag that he could shoot a man on Fifth Avenue and you wouldn't care, you chirped, "He sure knows me."

That when you heard him illustrate his own character by telling that cute story about the elderly guest bleeding on the floor at his country club, the story about how he turned his back and how it was all an imposition on him, you said, "That's cool!"

That when you saw him mock the disabled, you thought it was the funniest thing you ever saw.

That when you heard him brag that he doesn't read books, you said, "Well, who has time?"

That when the Central Park Five were compensated as innocent men convicted of a crime they didn't commit, and he angrily said that they should still be in prison, you said, "That makes sense."

That when you heard him tell his supporters to beat up protesters and that he would hire attorneys, you thought, "Yes!"

Related Topic(s): Liberals; Trump; Trump Bully In Chief; Trump Conflict Of Interest; Trump Dangerous; Trump Hates Immigrants; Trump Idiot-in-chief, Add Tags
Add to My Group(s)
Go To Commenting
The views expressed herein are the sole responsibility of the author and do not necessarily reflect those of this website or its editors.