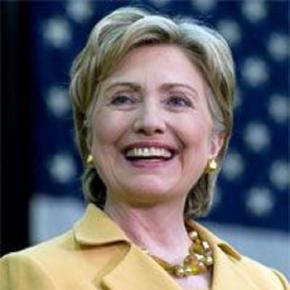 Can we have a word? I continue to hear from many of you who say you won't vote for Hillary Clinton because, you claim, (1) she's no better than Donald Trump, or (2) even if she's better, she's still corrupt, and you refuse to vote for the "lesser of two evils," or (3) you don't want to reward the Democratic Party for corrupt primaries that gave the nomination to Hillary instead of Bernie Sanders.

Please allow me to respond.

(1) Anyone who equates Donald Trump with Hillary Clinton hasn't been paying attention. Trump is a dangerous, bigoted, narcissistic megalomaniac with fascist tendencies who could wreak huge damage on America and the world. Hillary isn't perfect but she's able and experienced. There is simply no comparison.

(2) Even if you see Hillary Clinton as the "lesser of two evils," the greater of two evils in this case (if you see the choice in these terms) is seriously evil. You've probably had occasion in the past to vote for someone who doesn't meet your ideals, when the alternative is someone who falls much further from those ideals. This doesn't mean you've sold out or compromised your principles. You've just been realistic and practical. Realism and practicality are critically important now.

(3) I understand your frustration with the Democratic Party, and your reluctance to "reward" it for its bias against Bernie in the primaries. But anything you do that increases the odds of a Trump presidency isn't just penalizing the Democratic Party; it's jeopardizing our future and that of our children and their children. All of us must continue to work hard for a political system responsive to the needs of ordinary Americans. The movement Bernie energized must not and will not end. But Donald Trump, were he to become president, would set back the cause for decades.

There are just over seven weeks until Election Day. My request to those of you who still don't want to vote for Hillary Clinton: Please reconsider. It is no exaggeration to say the fate of the nation and the world are at stake.

Related Topic(s): Bernie Sanders; Bias; Hillary Clinton; Presidency, Add Tags
Add to My Group(s)
Go To Commenting
The views expressed herein are the sole responsibility of the author and do not necessarily reflect those of this website or its editors.