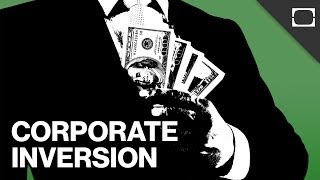 The concentrated wealth of the global plutocracy is the dark matter of the world economy: it is rarely glimpsed and difficult to measure, yet it reshapes everything around it.

Two recent reports -- the UBS/PwC report on the "new Gilded Age" of the international billionaire class, and the "Paradise Papers" released by the International Consortium of Investigative Journalists (ICIJ) reveal ways corporations and the ultra-wealthy avoid taxes. In doing so, they offer a glimpse into this darkness.

Together, these releases tell us a lot about the wealthy few who run the world.

We now know that the British royal family has been less than open with the people they rule, who preserve their dubious privilege to monarchy. And we have learned that, by investing in a Lithuanian shopping center as an end run around taxes, U2's Bono may have finally found what he's looking for.

But these reports also help us see how much we still don't know about the powerful few. In an era when, according to the Institute for Policy Studies, only three Americans -- Bill Gates, Jeff Bezos, and Warren Buffett -- own more wealth than half of our entire population, we need to do more to understand -- and confront -- the super-concentration of resources.

The Swiss bank UBS and the American accounting firm PriceWaterhouseCoopers weren't looking to write an expose' when they prepared their annual "Billionaires Insights" report for 2017. On the contrary. So-called "very high net worth individuals" are the financial industry's most sought-after clients. The report is entitled, without any apparent irony, "New value creators gain momentum."

And gain momentum these billionaires did. As the report notes, "Globally, the total wealth of billionaires rose by +17% in 2016, up from USD $5.1 trillion to USD6.0 trillion."

Did your net worth grow by 17 percent last year? Unless you're one of the world's 1,542 billionaires, chances are it didn't.

In the United States, wealth for most households grew at a much slower rate, while racial disparities in wealth persist in middle-class households.

Analyses from economists Thomas Piketty, Emmanuel Saez, and Gabriel Zucman show a dramatic gain in income for the very wealthy -- and no one else -- in recent decades. In a useful explainer, David Leonhardt of the New York Times concluded:

"Yes, the upper-middle class has done better than the middle class or the poor, but the huge gaps are between the super-rich and everyone else. The basic problem is that most families used to receive something approaching their fair share of economic growth, and they don't anymore."

Meanwhile, the Federal Reserve reports that millions of Americans continue to struggle -- 30 percent of adults, roughly 73 million people, are finding it difficult to make ends meet or are barely getting by. Just under one fourth of all adults said they could not pay all their bills for the current month. 44 percent said they could not cover an emergency expense of $400, and one fourth of all adults reported that they had to forgo medical treatment during the past year because of the cost.

As of last report, America's 10 wealthiest men -- they are all men -- are collectively worth more than $633 billion. The combined wealth of these 10 men has risen by nearly $116 billion since the start of this year alone.

The explosive growth of billionaire wealth, at a time when the middle class is dying and millions of Americans are struggling, has implications for democracy as well as the economy.

The work of political scientists Martin Gilens and Benjamin Page has shown that the preferences of the majority have very little effect on government policy, while the political wishes of the wealthy few are far more likely to become reality.

Related Topic(s): Appleby; Billionaires; Inequality; Oligarchy; Taxes, Add Tags
Add to My Group(s)
Go To Commenting
The views expressed herein are the sole responsibility of the author and do not necessarily reflect those of this website or its editors.