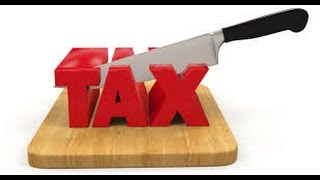 Why should the Rich get a Tax Cut?
(Image by YouTube, Channel: Bill Watson)   Details   DMCA

When Barack Obama was president, congressional Republicans were deficit hawks. They opposed almost everything Obama wanted to do by arguing it would increase the federal budget deficit.

But now that Republicans are planning giant tax cuts for corporations and the wealthy, they've stopped worrying about deficits.

Senate Republicans have agreed to cut taxes by $1.5 trillion over the next decade, which means giant budget deficits.

Unless Republicans want to cut Social Security, Medicare, and defense, that is. Even if Republicans eliminated everything else in the federal budget -- from education to Meals on Wheels -- they wouldn't have nearly enough to pay for tax cuts of the magnitude Republicans are now touting.

But Republicans won't cut Social Security or Medicare because the programs are overwhelmingly popular. And rather than cut defense, Senate Republicans want to increase defense spending by a whopping $80 billion (enough to fund free public higher education that Bernie Sanders proposed in last year's Democratic primary, which deficit hawks in both parties mocked as being ridiculously expensive).

There's also the cleanup from Hurricanes Harvey and Irma, estimated to be least $190 billion. And Trump's "wall" -- which the Department of Homeland Security estimates will cost about $22 billion.

Oh, and don't forget infrastructure. It's just about the only major spending bill that could be passed by bipartisan majorities in both houses. Given the state of the nation's highways, byways, public transit, water treatment facilities, and sewers, it's desperately needed. Trump campaigned on spending $1 trillion on it.

So how do Republicans propose to pay for any of this, and a big tax cut for corporations and the wealthy -- without exploding the federal deficit?

Easy. Just pretend the tax cuts will cause the economy to grow so fast -- 3 percent a year on average -- that they'll pay for themselves, and the benefits will trickle down to everyone else.

If you believe this, I have several past Republican budgets to sell you, extending all the way back to Ronald Reagan's magic asterisks.

The Congressional Budget Office and the Joint Committee on Taxation don't believe it. They realistically assume that the economy won't grow over 2 percent a year on average over the next decade.

The Federal Reserve estimates the fastest sustainable rate of economic growth will be 1.8 percent, given how slowly America's working-age population is growing as well as the slow rate of productivity gains.

But Trump has already made a fetish out of discrediting anyone that comes up with facts he doesn't like, and other Republicans seem ready to join him.

Senator Bob Corker, a Tennessee Republican who sits on the budget committee, says he doesn't want to rely on estimates coming from economists at the CBO and the Joint Tax Committee. He'd rather rely on supply-side economists outside government. "I do think it is time for us to have a real debate and to have real economists weighing in and we should take other things into account other than Joint Tax and C.B.O," Corker said last week.

Related Topic(s): Corporations; Deficit; Republican; Taxes, Add Tags
Add to My Group(s)
Go To Commenting
The views expressed herein are the sole responsibility of the author and do not necessarily reflect those of this website or its editors.