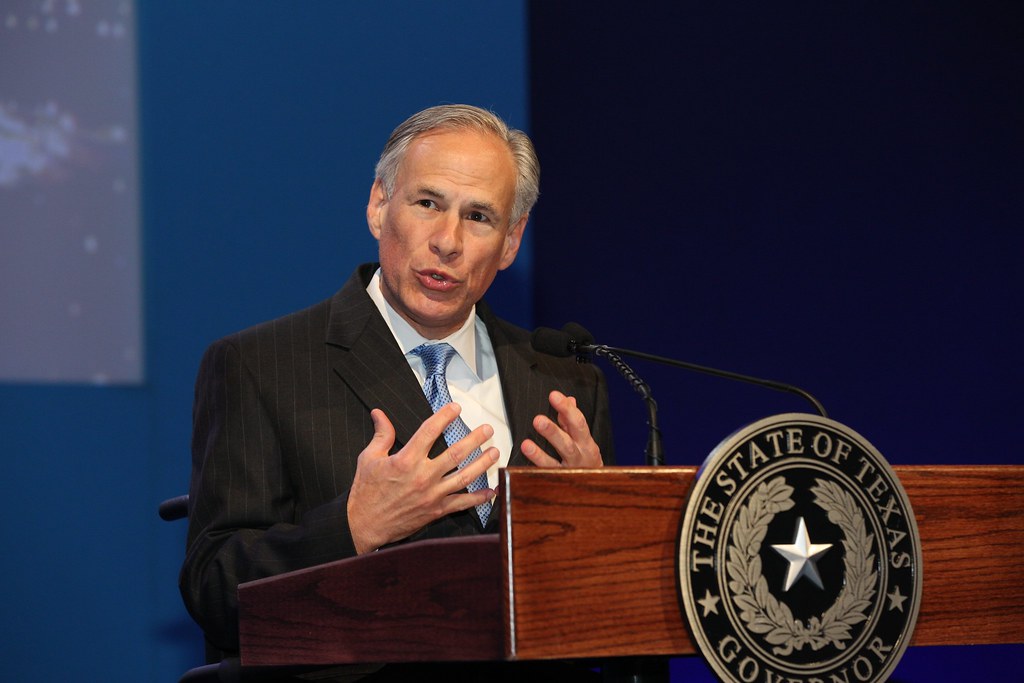 There may be several cynical and deadly reasons that Texas Governor Greg Abbott completely abandoned any COVID restrictions in the second most populous state in the US. Those justifications include his political ambitions to perhaps run for president. In that case, he would want to appeal to the anti-government bent of the GOP, particularly the anti-COVID lockdown fervor of the Trump base. Texas has been a hotbed of COVID denialism among its entirely GOP executive branch.

He also faces potential GOP challengers as he seeks a third term in 2022.

That includes the State Attorney General Ken Paxton, who has been a huge supporter of COVID denialism and Trump's big lie. (It doesn't appear to bother Texans that Paxton has been under state indictment for years and is under federal investigation for corruption while in his current office.) It also includes Lieutenant Governor Dan Patrick, who infamously advocated last spring that older Americans should be willing to be exposed to the Coronavirus and die in order to open up commerce for the younger generations.

Abbott's announcement that Texas would now not require masks in public and is eliminating all virus safety restrictions on businesses was made on Tuesday about the same time President Biden was injecting a huge shot of hope (not disinfectant) by announcing that the nation would have enough doses to vaccinate the entire nation by the end of May.

Is it possible that Abbott was beginning (Mississippi soon followed) an effort that was also aimed at sabotaging Biden's looming success at dramatically reducing the toll of COVID? Republicans are ruthless, and Abbott did the minimum to protect Texans from COVID since the virus started spreading in the US just over a year ago.

No doubt, other Red States will join Texas and Mississippi, in abandoning COVID precautions prematurely. What are thousands of unnecessary deaths when opportunistic GOP politicians can politically hurt a Democratic administration while posturing for the Trump cult base?

In response to Abbott's unconscionable abandonment of responsibility to protect the public health and safety of citizens of his state, President Biden, on Wednesday, responded, "The last thing we need is Neanderthal thinking." Biden urged Americans to continue wearing masks despite the recklessness of Red State denialism, prominently represented by Abbott.

A Fort Worth Business Press editorial put it succinctly:"It's official: Greg Abbott is a moron."

Mark Karlin is founder, editor and publisher of BuzzFlash.com, a website providing headlines, news and commentary to over five million people a month. He is a gun control activist with a focus on Illinois.
Related Topic(s): Covid-19; Masks; Pandemic; Republican; Texas Gop Platform; Texas Gov Greg Abbott; Texas Lieutenant Governor Dan Patrick; Texas Politics, Add Tags
Add to My Group(s)
Go To Commenting
The views expressed herein are the sole responsibility of the author and do not necessarily reflect those of this website or its editors.

"In Guns We Trust": New Supreme Court Motto for U.S.

Pat Buchanan and the Long Goodbye

From the 1953 CIA Overthrow of Iran Democracy, to the Iraq War, to the Criminal Gulf Disaster and Deaths, BP Was There

How the Reagan Revolution Succeeded: Strangling Government in a Bathtub and Destroying Public Services

Who Says a Terrorist Attack Has to be In an Airplane? How the GOP Threatens Our Lives