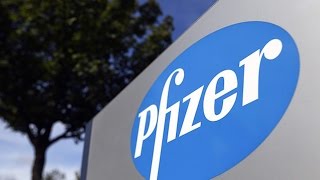 Pfizer Is Going To Rob You
(Image by YouTube, Channel: The Young Turks)   Details   DMCA

We have seen a lot of hyperventilating in political circles over Donald Trump's recently proposed tariffs on steel and aluminum. While these do not seem like well-considered policies, and are likely to do more harm than good even from the narrow standpoint of increasing manufacturing employment, they are not by themselves the horror story being presented.

Steel prices often fluctuate by 20 or 30 percent over the course of a year, as they did in 2016. If tariffs raise the price in the US by 10 percent, that would be unfortunate for downstream industries, but not exactly a catastrophe.

However, more important than the specifics of a steel tariff is the implicit assumption that the country as a whole has an interest in stronger and longer patent and copyright protection. Many pundits have attacked Trump's focus on steel and manufacturing because they argue, we should be more concerned about protecting US corporations' patents and copyrights overseas. This doesn't make sense.

At the most basic level, stronger and longer patent and copyright protection means that people in other countries have to pay more money. These government-granted monopolies often allow companies to raise the price of the protected items by a factor of 10 or even a 100. In this way, they are equivalent to tariffs of several thousand percent.

Just to be clear, this is not a point that can be honestly disputed by economists. If a government barrier raises the price of a good, it doesn't matter whether we call that barrier a "tariff" or a "patent," the impact on the market is the same.

This means if Pfizer's patent protection on a drug allows it to raise the price it charges for a drug in China or some other developing country by a factor of 10 over the free market price, it is equivalent to imposing a tariff of 1,000 percent on the drug. The difference is that instead of the tariff revenue going to the government, it goes back to Pfizer as higher profits.

It's obvious that higher profits for Pfizer are good for its shareholders and top executives, but why should the rest of us be happy about people in developing countries paying more money to Pfizer for its drugs? Many of us care more about poor people being able to get drugs than Pfizer's profits.

The story gets even worse. The more money that Pfizer and other US companies collect overseas for their patents and copyrights, the less these people have to spend on other goods and services. In effect, because Pfizer can charge more for its drugs, people in China and other countries have less money to spend on US-made cars and planes. How is this good for most of the people in the United States?

The pushers of stronger and longer patent and copyright protection will undoubtedly claim that higher profits will provide more incentive for research and creative work. This is true, but what are the numbers? If Pfizer gets another $1 billion in profit will they invest one percent of it in research?

That would be an increase, but that means the world would be spending $1 billion in higher drug prices to get an additional $10 million in research. That's not a very good deal. And, even this research could be largely wasted on developing copycat drugs that are intended to gain a portion of a competitor's patent earnings by duplicating a successful drug. Again, that could be good for Pfizer, but it is not especially helpful for the rest of us who want to see research focused on developing treatments for conditions where there is not already an effective drug.

To be clear, we do need a mechanism for financing research and creative work, but there is little reason to believe that patent and copyright monopolies are the most effective tool. These are relics of the Medieval guild system. We can do better in the 21st century.

It would be great if we could have a serious debate on the most efficient way to finance research and creative work. That may be asking too much from our national media. How about we set the bar a little lower.

How about if the media stop telling us that what is good for Pfizer and Microsoft is good for the country as a whole. We get that reporters and editors' friends and family members might benefit from longer and stronger patent and copyright protection, but maybe they can try thinking beyond your immediate experience. After all, this is supposed to be what they are paid to do.

Dr. Dean Baker is a macroeconomist and Co-Director of the Center for Economic and Policy Research in Washington, D.C. He previously worked as a senior economist at the Economic Policy Institute and an assistant professor at Bucknell University. (more...)
Related Topic(s): Copyright; Drug Companies- Marketing; Pfizer; Tariffs, Add Tags
Add to My Group(s)
Go To Commenting
The views expressed herein are the sole responsibility of the author and do not necessarily reflect those of this website or its editors.